President Biden has been making swift work aligning solutions to the climate crisis and economic recovery. The tools to reach these goals are re-investing in American manufacturing with a focus on environmental justice. A proposal to replace the federal fleet with zero-emission vehicles and powering them with clean energy demonstrates a commitment to building a more sustainable future and reestablish America's role as a global leader and technology pioneer.

During comments about the Made in America order earlier in the week, Biden said “the federal government also owns an enormous fleet of vehicles, which we’re going to replace with clean, electric vehicles made right here in America by American workers, creating millions of jobs — a million autoworker jobs in clean energy — and vehicles that are net-zero emissions.”

This would be a tremendous accomplishment. There were 645,000 vehicles in the federal government’s fleet in 2019 according to the General Services Administration. This includes 245,000 civilian vehicles, 173,000 military vehicles, and 225,000 post office vehicles.

Requiring procurement of electric vehicle fleets powered by clean energy and rewriting the Made In America requirements are two powerful levers the president has that do not require the backing of Congress.

Setting ambitious federal procurement goals coupled with the intent of the Made in America executive order, aligning specifications to ensure job creation, and removing tax incentives that drive manufacturing overseas, may be the right trifecta to rebuild America’s global auto-making dominance at this pivotal transportation electrification moment. 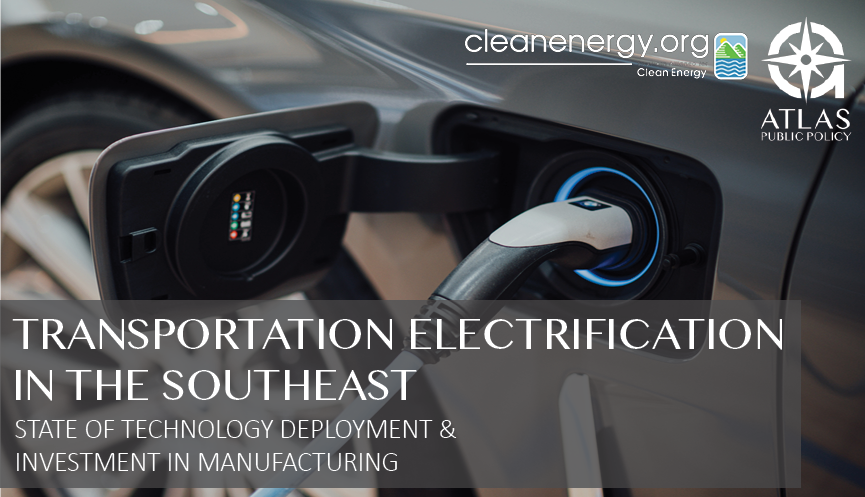 This is particularly welcome news for the Southeast region. Currently, at least 28% of EV production happens right here in the Southeast as detailed in the Transportation Electrification the Southeast brief released by Southern Alliance for Clean Energy and Atlas Public Policy last fall. President Biden highlighted the importance of including all Americans in the benefits of this economic development. “When we buy America, we’ll buy from all of America. That includes communities that have historically been left out of government procurement — black, brown, Native American small businesses and entrepreneurs in every region of the country.”

There were no details specifying which of the more than 600,000 U.S. government fleet vehicles would be targeted nor replacement timelines for those vehicles.

In December we published a blog Looking ahead: What climate and energy actions might we see in 2021? Early evidence based on pace the administration is taking to address the climate crisis as well as the priority (rejoining the Paris agreement on day 1) indicate there may be plenty more action to come. We remain committed to tracking these developments and keeping our members informed via this blog, so stay tuned.