The Myriad Challenges of 2020

Few people would disagree that 2020 was a challenging year, and there’s no guarantee that 2021 will bring easier times as our nation will continue to grapple with four simultaneous and historic crises: The COVID-19 pandemic rages on; we are gripped by a worsening economic recession; a long-overdue reckoning over equity and racial justice has gained momentum; and the changing climate is still a crisis at local, state, national, and international levels, with no signs of slowing. The election of Joe Biden and Kamala Harris –and more specifically their Cabinet and Cabinet-level nominations– indicate we may see the kind of intersectional thinking and actions necessary in order to simultaneously address these multiple challenges. 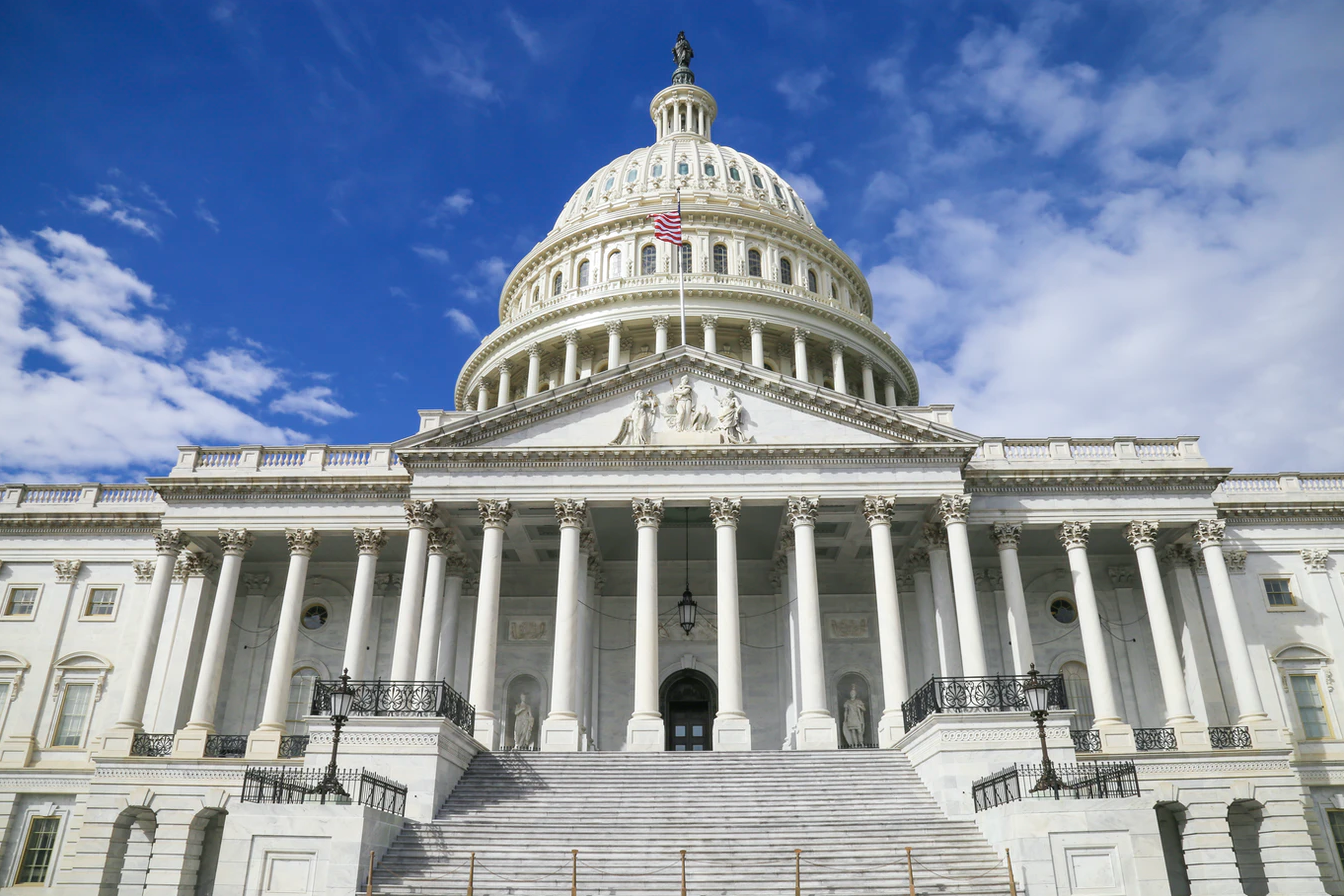 It’s worth noting that in the final hours of 2020, a major bipartisan energy deal went through in the waning hours of the current lame-duck session of Congress. Lawmakers were able to reach an agreement on an energy package that was attached to the massive $2.3 trillion omnibus spending bill passed on Monday, December 21. Buried deep within the 5,000+ page bill is a substantial energy package. Here is an excellent Twitter thread from Dr. Leah Stokes summarizing some of the substantive energy provisions that the final bill contained. One of the most significant parts of the bill specific to climate pollution is a provision to regulate the phase-down of hydrofluorocarbons (HFCs), highly potent heat-trapping chemicals when leaked into the atmosphere.

Moreover, the final bill included funding to boost innovation and deployment of lower-carbon technologies as well as support for beefing up the Department of Energy’s Weatherization Assistance Program to better help low-income households improve the energy and heating efficiencies of their homes. At a time when the COVID-19 pandemic threatens energy security for many families, the proposal to authorize millions in new funding over five fiscal years would be welcome, indeed.

Although the bill was expected to gain a quick presidential signature, in no small part because it contained provisions for $600/person in coronavirus relief checks, President Trump posted a four-minute video on December 22 calling the spending bill a ‘disgrace’ and demanding changes including an increase to the relief checks to $2,000/person and a reduction in ‘wasteful spending’ elsewhere. However, late on Sunday, December 27, President Trump signed the massive omnibus spending bill. As a result, one of the most comprehensive energy bills in over a decade, directing rapid investment and deployment of clean energy, is now law. You can read more about the energy portions of the year-end omnibus bill here.

In this blog post, we take a look at the range of executive actions the Biden Administration may pursue to advance pro-climate and clean energy policies in 2021 and beyond.

An incoming administration always means change: new appointments, new agendas, and new direction. The Biden Administration will tackle climate change right out of the gates as President-elect Biden indicated he will authorize the United States to rejoin the Paris Climate Agreement on his first day based on campaign pledges to lead with science-based commitments. The Paris Climate Agreement is a subsidiary agreement to the United Nations Framework Convention on Climate Change, which the U.S. Senate ratified back in 1992. Rejoining Paris would further cement his bona fides as a global player on climate change following his appointment of former secretary of state John F. Kerry to serve as an international climate envoy. Kerry will serve alongside former Obama EPA Administrator, Gina McCarthy, who was recently named as domestic climate coordinator (‘Climate Czar’).

And while former presidential administrations might have concentrated on just these two Cabinet-level positions to address climate change, Biden’s formal Cabinet nominations suggest he is building a team with substantial climate experience and a commitment to environmental justice including but not limited to:

In addition to these and other climate-supporting appointees, a Biden Administration is expected to support the work of the rank and file climate researchers and scientists, some of whom have been stymied or even fired by the Trump administration for efforts to publicize findings or implement climate-friendly policies.

There has been some speculation President-elect Biden could use executive authority to declare a national climate emergency under the National Emergencies Act, effectively giving the incoming administration the ability to tackle climate change without relying on Congressional action. Such a declaration could enable Biden to invoke the Defense Production Act in order to ramp up domestic production of clean energy technologies like solar panels and energy-efficient appliances to bend the curve on climate pollution. But it’s unclear that the Administration will have the appetite for measures like these.

Whether or not a national emergency is declared or defense acts are invoked, Biden is widely expected to encourage or even order the American auto industry to ramp up deployment of electric vehicles (EVs) as a climate solution by re-instituting the tougher Obama-era fuel economy standards that the Trump Administration recently rolled back.

White House support for electrifying transportation is even more likely when you consider two of the most recent, and I would say most critical, Cabinet appointments: the nomination of Michael Regan to serve as EPA Administrator, Regan currently heads North Carolina’s Department of Environmental Quality under Governor Roy Cooper and has overseen efforts to increase the adoption of election vehicles in North Carolina as a climate solution; and the announcement earlier this month of Department of Energy nominee Jennifer Granholm, a former two-term governor of Michigan who has strong ties with Detroit’s auto industry.

The EV market is already poised for steady growth in the coming years as the cost of batteries has dramatically fallen even as the battery ranges increased and the manufacturers have diversified their electric offerings. Stronger fuel standards will accelerate this much-needed climate solution. Importantly, if electrifying transportation is pursued with racial justice at the forefront, frontline communities who are disproportionately impacted by transportation pollution may be poised for a swifter economic recovery through a more equitable transportation system.

Ultimately, the climate crisis is a racial justice crisis and frontline communities have been disproportionately impacted by high-risk energy choices in general. This is why President-elect Biden pledged 40% of climate investments –from building investments to clean energy deployment– must benefit historically disenfranchised communities. Time will tell how executive actions or agency rules may guide such investments.

Another possible executive action that would accelerate clean energy investments is the removal of solar tariffs imposed by the Trump Administration back in 2018. The solar industry has grown in the last few years despite the tariffs, but they did increase the price of imported panels by 30% when first imposed and are not scheduled to end until 2022.

TVA in the Spotlight

Another area for us to watch here in the Southeast, in particular, is how appointments to the Tennessee Valley Authority (TVA) board of directors can help guide the largest public power entity in the country. Founded in 1933 as part of the New Deal, TVA was a living laboratory that proved it was possible to deliver inexpensive and clean power while being an engine for job creation and economic development. However, TVA and its board have gone off track, failing to deliver on energy efficiency, renewable energy, and transparency which was confirmed again in their most recent long-term resource plan last year. President-elect Biden will have the opportunity to appoint new leadership at TVA to transform it into a cutting-edge 21st Century utility and restore it to its original role as an energy leader while reducing emissions, lowering energy bills, creating jobs, and addressing environmental injustices. SACE is eager to work with federal leaders to support this needed transition.

Will Congress Step Up Yet Again?

Complex issues require complex solutions, and complex solutions like comprehensive climate policy would need broad and bipartisan support. A sharply divided Congress for many years has meant the idea of comprehensive climate legislation, or the more comprehensive Green New Deal kind of legislation, has remained elusive and what we’ve seen instead are piecemeal policies that support clean energy solutions like tax credits and efficiency incentives. The recently passed energy package in the 2020 year-end spending bill includes some of the most comprehensive energy policies we’ve seen in a decade or more. With a closely divided Congress in 2021, it is unlikely we’ll see sweeping climate change legislation in the 117th Congress. However, bipartisan support may exist for a variety of additional clean energy-related measures such as:

How about energy and climate action at the state level in the Southeast?

While the focus of this blog is possible climate and energy actions at the federal level, it’s worth a brief mention of possible state actions in 2021 and beyond. North Carolina was the only state in our region with a gubernatorial race, and Governor Roy Cooper’s reelection suggests that efforts to address climate change via Executive Order 80 will continue into his second term. It is unclear whether we will see new energy or climate-focused executive actions from the other Southeastern governors in Florida, Georgia, South Carolina, or Tennessee.

The 2020 elections did not produce major shifts in any state legislature, so it is unlikely that 2021 will bring significant shifts in legislative actions in any of the states we work in, but in the last few years we’ve seen bipartisan support in state legislatures for policies that advance solar, electric vehicles, and energy marketplace competition, and would hope to see such efforts continue.

Stay tuned for more updates in 2021 as we track climate and energy policy and proposals at the federal and state level here on SACE’s blog! Want to support our regional and national work to advance climate solutions, join us!