Energy industry leader and former TVA Chairman, S. David Freeman has joined the Southern Alliance for Clean Energy as a Senior Energy Advisor. Freeman and SACE Executive Director, Dr. Stephen Smith will work on energy issues across the Southeast, with a focus on the Tennessee Valley Authority, a public utility that is increasingly displaying less than public power values. 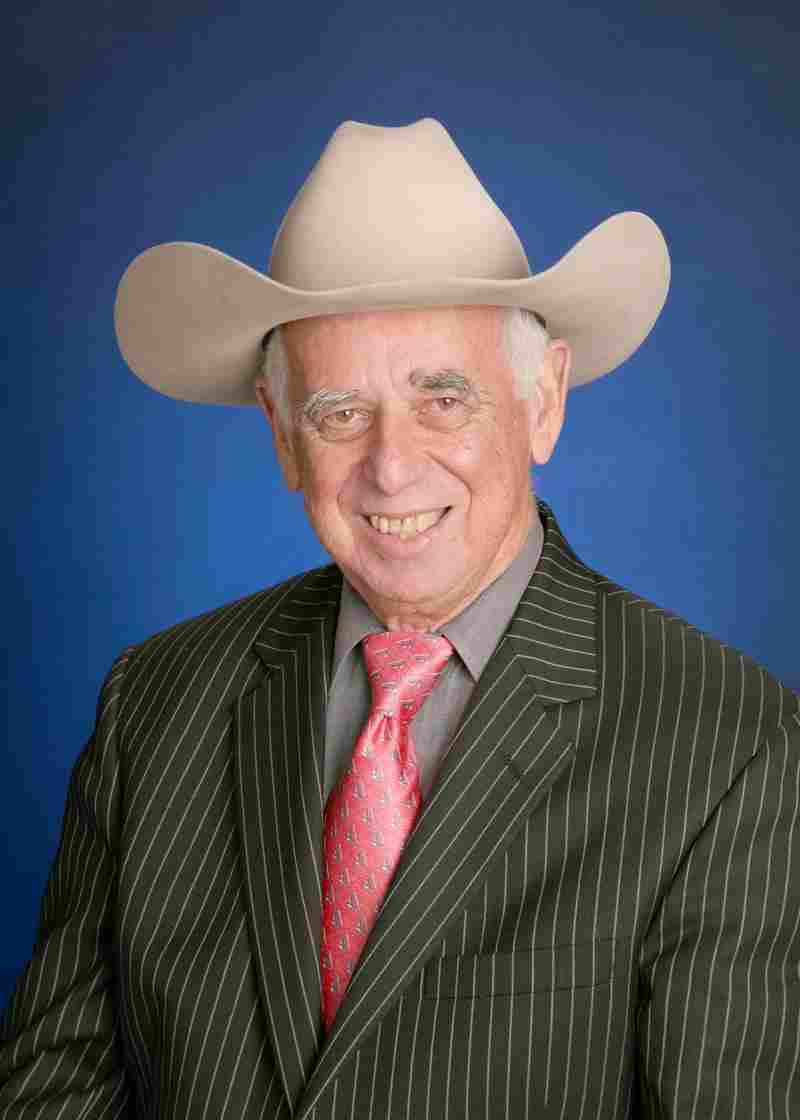 Former chairman of the Tennessee Valley Authority (TVA) Board and nationally-recognized energy expert S. David Freeman has seven decades of experience in leadership positions across the energy production landscape of the United States, making him arguably one of the most well-versed analysts of TVA, and of energy production broadly, living today. On April 29, Freeman officially announced his position as Senior Energy Advisor to the Southern Alliance for Clean Energy in a press event (audio recording available here). His capacity with SACE will offer Freeman new opportunities to contribute to the advancement of clean technologies like electric transportation, solar power generation, and energy efficiency; and specifically to pursue his passion, which he shares with us, of getting TVA back on the right track as a public power entity designed to best serve its customers across seven states. For Freeman, joining SACE is likened to a homecoming, as he grew up in Chattanooga, Tennessee, and started his career at TVA.

Meanwhile, as customers across the Tennessee Valley are suffering from the health and economic repercussions from the COVID-19 pandemic, TVA – a self-regulated, publicly funded, federal monopoly – has made the irresponsible decision to invest significant ratepayer dollars in a highly-produced, widely-circulated, multimedia ad campaign of self-promotion. Simultaneously, the utility recently told more than 100 IT workers their work was being outsourced from Chattanooga, Tennessee over to companies in France and India. As unemployment rates skyrocket across the Valley, and especially in Chattanooga, why is TVA diverting jobs away from the Tennessee Valley?

David Freeman has voiced concern about TVA’s current direction and actions in the middle of this terrible pandemic:

“These slick TV ads are antithetical to TVA’s historical mission. Until recently, good works done with frugal humility was all that was needed for a supportive public. In this age of excessive executive salaries, corporate jets, and fancy helicopters, it appears TVA needs to use political campaign style-TV ads to manipulate public opinion in the Valley.”

Rightfully so. We wholeheartedly share these sentiments, especially considering the fact that Tennessee residents pay the sixth-highest energy bills in the U.S. and rank first in energy usage when compared to 49 other states, TVA should be using its resources to protect its nearly 10 million customers in the seven southern states it covers, rather than using ratepayer funds for self-promotion in an effort to shape public opinion.

SACE has been compiling a list of the ways that TVA’s current values are #NotPublicPower values; this egregious use of ratepayer money is the most recent in a laundry list of examples.

Memphis in the Crosshairs

These ads, which have been running over multiple platforms, are especially saturated in the Memphis area. This hardly seems to be a coincidence considering the fact that the local power company there, Memphis Light, Gas & Water (MLGW), TVA’s largest customer, is in the process of considering whether to maintain its relationship with TVA. MLGW is currently exploring other, more cost-effective power providers outside of TVA, and recent studies have shown that MLGW may save hundreds of millions of dollars annually for Memphis citizens by leaving TVA. It appears that TVA is heavily targeting the Memphis market with this PR campaign in an effort to brainwash customers into loyal support, to manipulate public opinion in the Memphis market and across the Valley, and ultimately to interfere with MLGW’s legal right and obligation to best serve its customers by exploring other sources. Like a dictator pushing propaganda on its subjects who have little to no choice of leaving the regime, TVA is propping up its self-serving, misleading message in an effort to brainwash captive customers across the Tennessee Valley.

Memphis has the largest energy burden in the United States – meaning that Memphians pay a higher percentage of their household incomes on their electric bills than residents of any other city in America. This problem is compounded in low-income households, who frequently struggle to pay their electric bills and may have to forego other necessities in order to pay their monthly bills. And today, during a global pandemic, as we face economic uncertainty and unprecedented unemployment rates, this problem is exponentially exacerbated. If TVA wants to build support in Memphis, and throughout the Valley, it should help struggling customers lower and pay their electric bills by investing in bill-lowering energy efficiency measures, and weatherization programs that can help customers improve the efficiency of their homes, as opposed to throwing ratepayer dollars into a slick advertising campaign in these trying times.

“In this COVID-19 pandemic, we need this public power entity more than ever, but unfortunately, TVA is behaving just like another utility, except they are not regulated…They are the last monopoly that is not regulated in America and it is heartbreaking to watch.”   – S. David Freeman, Chattanooga Times Free Press

SACE has submitted a Freedom of Information Act (FOIA) request to find out exactly how many ratepayer dollars TVA has spent on this irresponsible public relations campaign.  TVA claims to have created the ads in-house for $85,000, but we are highly suspicious of this number that clearly does not include many other external costs associated with distribution and placement. As a publicly-funded federal entity, TVA must release information on how much ratepayers’ funds are being spent to produce these manipulative ads and saturate TV, radio, and the internet with them in the middle of a health pandemic.

To protect their customers across the Valley and to truly serve the public, TVA should spend the money earmarked for TV ads on programs and incentives like robust energy efficiency programs that can lower customers’ high energy bills and create good-paying local jobs that could boost local economies in cities like Memphis. MLGW has every right to explore other options that would be cheaper, lower-carbon, and more efficient – and if MLGW decides that this is in its customers’ best interest, SACE fully supports their right to do so.

Learn more about why TVA values are #NotPublicPower values and the ways TVA takes advantage of its position and neglects its legal duty to act in the best interest of its customers at NotPublicPower.org. Stay tuned for more as we continue to work to hold TVA accountable to its ratepayers and protect the best interests of the people of the Valley.