Throughout the good, the bad, and the ugly in recent years, SACE has remained a steadfast advocate for our region’s environment, pushing for clean energy solutions that will safeguard our water and air and protect our most vulnerable communities from pollution while also lowering their electric bills.

As we roll into a new decade, we are all watching as climate change is accelerating at an ever-faster pace. Daily news headlines remind us of the increasing speed at which our world is changing. The science is indisputable, and the wave of public acknowledgment is growing stronger as more and more people are witnessing overwhelming evidence and experiencing the alarming impacts of climate change firsthand. But despite the fact that climate is moving into a role of central concern for more and more Americans, our federal leadership continues to fail us on all levels. The White House has pulled our nation out of the Paris Accord and launched relentless attacks on multiple fronts to undermine and erode what modest rules and regulations we have put into place to begin to address the massive problem of climate change. We currently have no coordinated approach to protect ourselves, our global neighbors, the planet, or future generations. The South especially has historically struggled with many of these challenges and we continue to fight daily to make progress where possible and to defend our gains against those who would undermine them. Much work remains, and the situation becomes more intense daily.

But there is a stark silver lining around the dark cloud of our lackluster and backward federal leadership to be found in the plethora of local and state-level initiatives that is, in fact, flourishing, finding support from across the political spectrum in our region despite, or perhaps in response to, ongoing dysfunction at the federal level.

Southern Successes in the Face of Federal Lackluster

This phenomenon can be witnessed throughout our country, and the Southeast has some very striking and positive examples. Across our region, communities are pushing back against utility efforts to disincentivize solar and energy efficiency. Electric customers are stepping up in droves to demand smart energy policy that saves money and reduces pollution. Throughout 2019 SACE worked to mobilize targeted customers to stop their utilities from increasing predatory fixed fees on customers’ bills. By amplifying these voices telling their personal stories and humanizing the very real impacts these fees have, especially on low-income customers already struggling to pay their bills, we have successfully forced utilities in Georgia, South Carolina, and Tennessee to slow or reverse this victimizing trend.

Southeastern states and communities are also uniting in support of the electrification of the transportation sector. North Carolina’s newly released Zero Emission Vehicle (ZEV) Plan – the first of its kind in the Southeast – is a prime example. the ZEV sets a goal of increasing the number of registered electric vehicles (EVs) in the state to at least 80,000 by 2025, an increase of approximately 500% from the number of EVs on North Carolina’s roads today. In 2020 SACE will be working to support this lofty goal with on-the-ground efforts throughout the state. We will build upon our knowledge and experiences gained from our Protect Our Coasts Drive Electric campaign in Florida pushing against offshore drilling and showcasing the benefits of oil-free renewable energy-fueled transport to expand electric transportation in North Carolina as well.

Local successes on the climate change mitigation front are moving in a particularly positive direction in Florida, where serious climate conversations are taking place for the first time in over a decade. Today, more than ½ of the state’s counties, including many of the most populous and politically important ones, have engaged in resiliency coalitions, and SACE staff has played an influential role in this momentum. We are also working to bolster Governor DeSantis’s recommitment to science and resiliency at the state level by supporting his newly-appointed, and first EVER, Chief Resilience Officer (CRO), who is tasked with leading and coordinating a workgroup to develop statewide resilience goals. SACE is involved directly in supporting the development of strong, comprehensive, achievable goals for the state. Here we are – discussing ‘resiliency’ measures to dramatic climate impacts – in the very same state where the last governor outlawed the words ‘climate change’ in his administration.

Florida is also moving into a leadership position on utility-scale solar deployment, as FPL’s 30-by-30 plan to install 30 million solar panels by 2030 is the boldest 10-year solar commitment of any utility in the country. This will include 6,150 MW of solar between 2021-2028 and could increase with SolarTogether community solar program currently pending approval by the Florida Public Service Commission. If approved, this would be the largest community solar program in the country.

All this is to say…

that, while we recognize the unique challenges in our region, and the ongoing need for vast improvements in the directives coming from the top down, we also continue to maintain that, even once we achieve strong national leadership creating the necessary policy framework, the majority of the implementation measures will continue to take place at the local and state levels. This makes our work today – implementing smart choices, on the ground in communities throughout the Southeast – absolutely critical. Our efforts throughout the region are helping local and regional communities act NOW to protect their environment, their futures, and their most vulnerable neighbors; and to be best prepared for even further action once national leadership comes around. 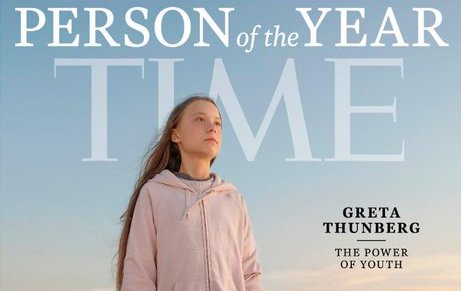 Moving into an unprecedented election year, we cannot ignore the central role that climate plays in the everyday lives of people worldwide. I personally believe that this will be the last time we see climate presented as a partisan issue in a national election year; as the younger generation is increasingly recognizing and acting on the reality of climate change and demanding action, now, to protect our futures. 2020 holds so much promise, so much potential, and will provide every American an opportunity to show whether we fundamentally care about the world we leave for our children and grandchildren, as well as the future of the human race and the planet. Knoxville voters already stepped up in November by choosing a clean energy champion to lead their city as its next mayor, and the upcoming presidential election will offer an even greater opportunity for us all to speak up: it will either lead to another four years of rollbacks and setbacks, or help set us back on track toward becoming a responsible international player and begin to rebuild the set of environmental protections that took us decades to develop.

Throughout the good, the bad, and the ugly in recent years, SACE has remained a steadfast advocate for our region’s environment, pushing for clean energy solutions that will safeguard our water and air and protect our most vulnerable communities from pollution while also lowering their electric bills.

So cheers to 2020! May it bring us ever closer to a clean, safe, healthy, thriving Southeast! We look forward to continuing to work for a cleaner tomorrow in the Southeast.

Donate to SACE today, and help us achieve more Southeast successes in 2020.

DONATE
Stephen Smith
Dr. Stephen A. Smith has 30 years of experience affecting change for the environment. Since 1993, Dr. Smith has led the Southern Alliance for Clean Energy (SACE) as its executive…
My Profile
FacebookInstagramTwitter

Where the Candidates Stand On Energy: Republican Nominee for U.S. Senate in North Carolina, Ted Budd

In this blog post, we examine the policies and positions of Rep. Ted Budd, Republican candidate running for U.S. Senate in North Carolina. Also in this series, we profile Cheri Beasley, the…