On Tuesday, the Georgia Public Service Commission (PSC) made its ruling by a 4-1 vote on Georgia Power’s rate case, notably granting an ill-advised $4 increase in the mandatory monthly fee residential customers must pay --phased-in by $24 each year in 2021 and 2022-- and setting a terrible precedent for potential similar increases in the future.

SACE and partners published a press release immediately after the PSC’s rate case decision, which you can see here. This blog post is meant to go a bit deeper into the issues than the rapid-response press release sent Tuesday.

On December 17, the Georgia Public Service Commission (PSC) made its ruling by a 4-1 vote on Georgia Power’s rate case, notably granting an ill-advised $4 increase in the mandatory monthly fee residential customers must pay –phased-in by $24 each year in 2021 and 2022– and setting a terrible precedent for potential similar increases in the future.

Commissioner Tim Echols made the motion to adopt the settlement agreement that Georgia Power made with primarily big business interests, and with no representation of residential customers outside Atlanta city limits. While the Commissioners did not go out of their way to represent public interest in their decision, customers endeavored to have their positions considered in the process by submitting more than six thousand written comments to the Commission in opposition to the fee hike and by speaking at four PSC meetings in this proceeding as well as at town halls with Commissioners throughout the state. As a result of incredible customer participation and public pressure, Georgia Power backed down from its initially proposed $7.95 monthly increase and settled on a $4 per month increase. Yet even this $4 increase on residential customers is unjustified, based on faulty calculations, and much larger than most other fee hikes approved by utility commissions around the nation. It greatly outpaces general inflation and the PSC should have denied it.

Perhaps worse, by not addressing the issue of Georgia Power’s faulty method for calculating the cost to serve each customer, the Commission has left customers vulnerable to another such egregious hike in the future. The approved settlement agreement does not explain how select parties that signed onto the settlement determined that the mandatory monthly fee should increase by $24 each year. SACE does not believe this fee hike is in the best interest of ratepayers. Evidence in the record showed Georgia Power’s proposal to increase the fee was unjustified and based on faulty calculations that provided false cover for the Company to overcharge customers for basic access to power. Intervenors and the PSC Staff brought this issue to the forefront of their testimony, which –if addressed by the Commission– would have helped ensure customer protection. Instead, the Commission ignored input from its staff, intervenors, and the customers they represent and has set a bad precedent for future increases.

Putting the fee hike into perspective

To put the approved fee hike into perspective, a $4 increase in the monthly fee (or a 40% increase, from $10 to $14) is, according to expert testimony: 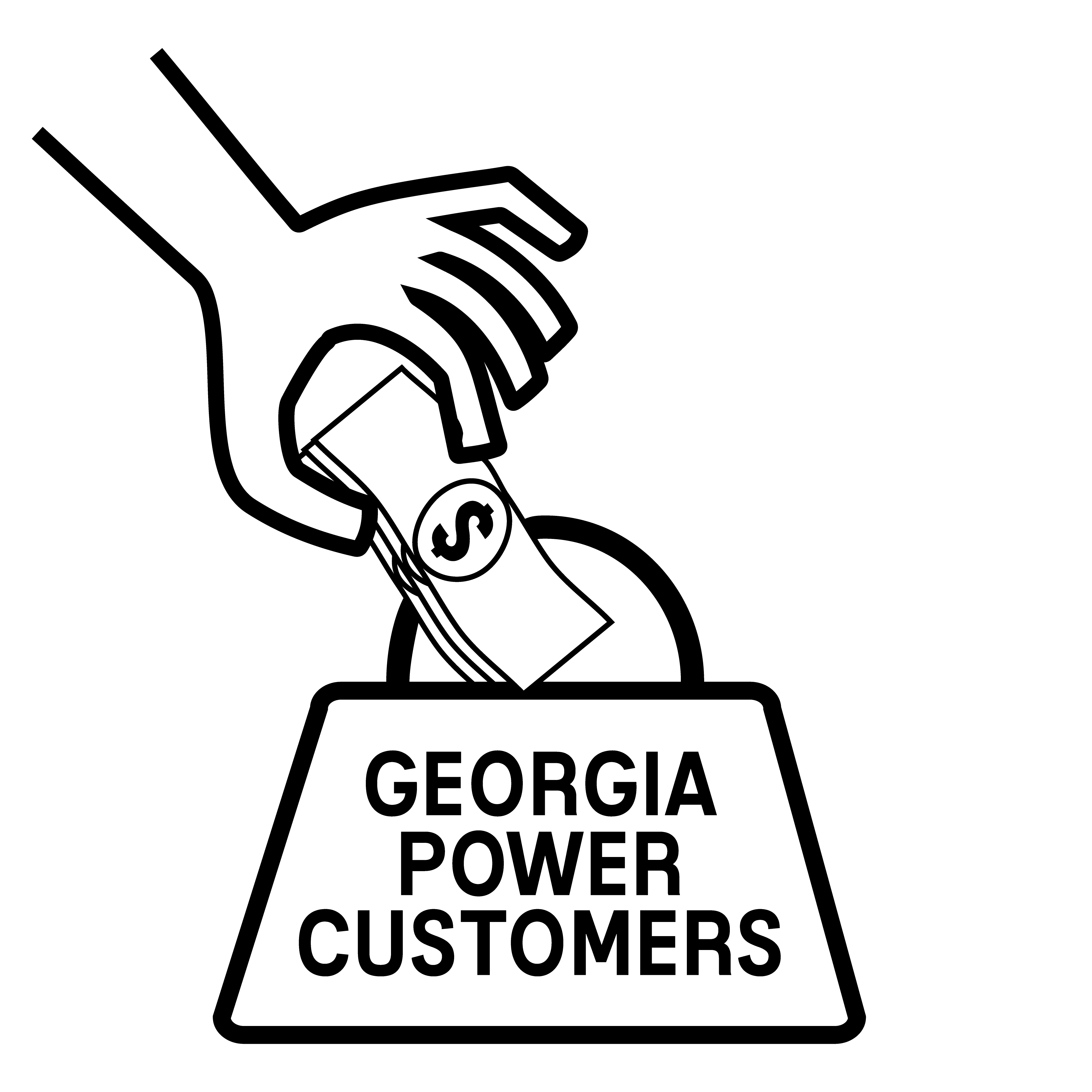 Big impacts to customers who use the least energy

Opponents of the Georgia Power’s fee hike, including SACE, have been ringing the alarm bells for months about how increases in the mandatory monthly fee place the largest burden on customers who use the least energy. Because the fee is being hiked by the same amount per customer account, regardless of how much energy they actually use, the fee hike has the largest proportional impact on customers who use the least amount of energy.

This disproportionate impact on low-usage customers takes away some of customers’ ability to control bills and punishes energy conservation and solar energy. It also disproportionately harms customers who are least able to afford the costly changes since customer groups that tend to use less energy include seniors, renters, and households earning a lower income.

Small businesses and farmers will be hit hard with a doubling of their fee on each meter served by Georgia Power, reinforcing the idea that the settlement agreement that the PSC approved was essentially just for big business.

Farmers are also stuck with serious issues from the PSC’s approval of Georgia Power’s settlement agreement, as their monthly fee will be doubled for each meter. As SACE has written about previously because farmers often have multiple meters to run irrigation equipment, they may have to pay the monthly fee several times over. This issue was raised in expert testimony in the rate case proceedings and the PSC Advisory Staff recommended that the Commissioners reject Georgia Power’s methodology that led to such an overly inflated fee and take steps to avoid making customers with multiple meters pay the same fee multiple times. Yet the Commission did not do anything in their final decision to address this major problem for farmers.

It was a dreary, overcast day in Atlanta as the rate case concluded. That notwithstanding, we know the sun was still there and, occasionally, rays would break through the overall cloudy forecast.

So it was with the rate case decision. Albeit clouded with complexity and forecast to increase customers’ bills for years to come, a few rays of sunshine can be found peeking through. One of those is the adoption of “monthly netting” for customers with solar onsite. Historically, Georgia Power has applied an oxymoronic term of “instantaneous netting” which has under-compensated solar customers on the Renewable Non-Renewable (RNR) tariff and stifled the market for these systems within their service territory. Georgia Power’s method of “instantaneous netting” compensates owners of solar systems for electrons put back onto the grid at a wholesale rate, while then selling the same electron to a nearby customer at retail rate. “Monthly netting,” on the other hand, will essentially keep a tally of all electrons sent to the grid by the solar system and all electrons the customer pulls from the grid. At the end of the month, each kWh of electricity sent to the grid will offset a kWh of electricity pulled from the grid at a one-to-one exchange rate.

Most states have allowed customers to receive the full retail value of the power they generate like this and Georgia will now join them.

It should be pointed out, however, that we consider this a “limited” improvement. Those limits were imposed by Commissioner Echols’ motion itself:

“The ‘Behind the Meter’ netting period length shall be changed from instant to monthly for the first five thousand rooftop solar ratepayers or until the installed capacity reaches 32 Mw – whichever comes first. This will be re-evaluated in the next rate case.”

For Georgia Power’s system with 2.5 million customers (2.2 million residential) and a peak demand of around 16,000 MW, the availability of this improved program could be curtailed as adoption reaches just 0.2%. For comparison, when adopting net metering years ago, neighboring South Carolina imposed a 2% cap (i.e., ten times what the Georgia PSC has just approved). Earlier this year, legislation unanimously passed the South Carolina Legislature to remove that cap because due to strong customer demand, utilities had exceeded the cap threshold –with no negative impacts on the electric system– and the Legislature wanted to protect the jobs and economic development that this market segment represents.

Back in Georgia, 0.2% is the same figure that had been previously approved by the Commission for the RNR tariff so while the 2019 rate case improves the RNR program, it doesn’t expand it. If you’re a Georgia Power customer interested in installing rooftop solar, it would behoove you to act quickly.

In an effort to help reinvigorate Georgia’s electric vehicle (EV) market, the Public Service Commission approved $8M to be spent annually over the next three years for EV-related infrastructure. $6M per year will go into ‘EV make-ready’ investments and $2M will go towards EV charging station rebates and consumer education. Getting more EV chargers on the landscape increases consumer confidence that if they buy an EV they will be able to charge up when on the road.

Utilities have launched EV make-ready programs in other markets including New England and California. Though the programs are effective at lowering EV charging infrastructure costs for site hosts, make-ready programs do not guarantee new EV chargers on the landscape. Someone still has to purchase and install the charger. SACE’s hope is that the additional $2M Georgia Power has committed annually to EV charger deployment and consumer education will be leveraged when needed to ensure Georgia Power’s make-ready investments lead to more EV chargers deployed, especially in low-middle income and rural communities currently lacking charging infrastructure access.

Learn more about SACE’s campaign to Electrify The South, through policy and education here.

In this blog post, we examine the policies and positions of Reverend Raphael Warnock, incumbent Democratic candidate running for U.S. Senate in Georgia. Also in this series, we profile Herschel Walker, the…

Where the Candidates Stand On Energy: Republican Nominee for U.S. Senate in Georgia, Herschel Walker

In this blog post, we examine the policies and positions of Herschel Walker, Republican candidate running for U.S. Senate in Georgia. Also in this series, we profile Reverend Raphael Warnock, the Democratic…

Where the Candidates Stand On Energy: Democratic Nominee for Governor in Georgia, Stacey Abrams

In this blog post, we examine the policies and positions of Stacey Abrams, Democratic candidate running for Governor in Georgia. Also in this series, we profile Brian Kemp, the incumbent Republican candidate…