In a rare show of regulatory independence, the SC PSC unanimously voted to reject DESC's IRP - making this the most significant decision handed down by the seven-member PSC so far.

It’s rather rare for a public service commission or public utility commission (PSC or PUC) to outright reject a utility’s proposed resource plan, but that’s exactly what the Public Service Commission of South Carolina (PSC SC) did last week. 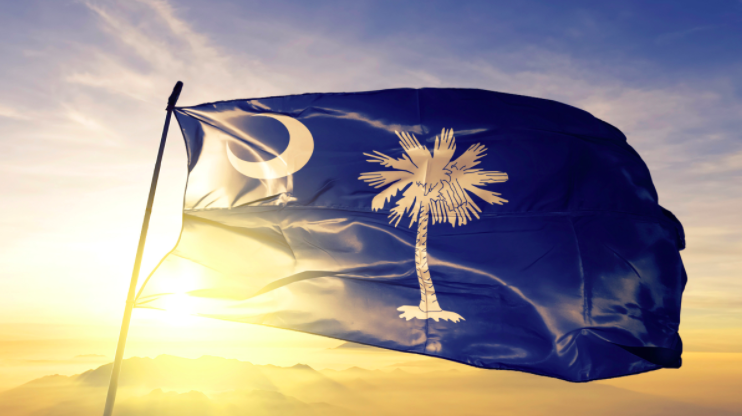 Dominion Energy South Carolina (DESC) had the distinction of being the first utility to file an Integrated Resource Plan (IRP) in the state since last year’s Energy Freedom Act enhanced the state’s resource planning process. The hearings for this docket were held in October, shortly after four new Commissioners were elected by the South Carolina Legislature in September.

The unanimous vote to reject DESC’s IRP was the most significant decision handed down by the seven-member PSC so far.

Perhaps there is some poetic justice in this. Dominion now owns SCANA/SCE&G and it was, in fact, the failed V.C. Summer nuclear project – and failure of the PSC to protect South Carolina ratepayers from that deception – that prompted the Legislature to replace the PSC. This is an entirely new PSC since then. And this initial ruling indicates the Commissioners are taking their responsibilities very seriously.

“Integrated resource plans (IRPs) are electricity providers’ plans for meeting projected customer demand for at least a 15-year period in an economical and reliable way while maintaining flexibility and considering environmental consequences.” That is how the South Carolina Energy Office describes IRPs on their website.

Commissions have the authority for approving, modifying, or denying plans filed by the utility. In many cases, regulatory authorities exercise their influence over IRPs by modifying them based on evidence from intervening parties or specific policy objectives. Rarely do commissions reject the proposed plans and require a complete do-over.

The Union of Concerned Scientists published an article about this rare phenomenon last year. One of Dominion’s other subsidiaries (Virginia Electric & Power Company, Dominion Virginia) also had an IRP rejected in that state at the end of 2018. Failure to learn from those experiences often leave companies doomed to repeat them.

In this case, the Dominion filing had too many deficiencies to satisfy the Commission that the proposed plan was indeed the most reasonable and prudent.

SACE was one of several parties to formally intervene in the Dominion IRP docket. We intervened with the South Carolina Coastal Conservation League and were represented by attorneys at Southern Environmental Law Center (SELC). [Read the SELC press release.] Our expert witnesses provided testimony on a variety of topics ranging from energy efficiency to resource modeling. Other intervening parties provided compelling testimony about flaws in Dominion’s load forecast and resource cost projections.

One of the most significant deficiencies was Dominion’s failure to model renewable additions prior to 2026 (and failure to model coal retirement before 2028). As part of a prior agreement with the South Carolina Solar Business Alliance (SBA), Dominion did bolt on an Appendix with five additional portfolios but dismissed those without sufficient analysis to compare them with the original eight resource plans.

Dominion similarly failed to adequately evaluate DSM (demand-side management) resources – like energy efficiency – which are specifically required by the Energy Freedom Act. And even the utility’s approach – hand-picking candidate resource plans rather than the industry standard of using a capacity expansion model to optimize the portfolio – “means that the Company likely did not identify the most reasonable and prudent plan that would minimize costs and risks to ratepayers.”

Much more detail is available in the 95-page summary and proposed order we filed following the hearing in October.

Not only was this PSC SC decision unique in its rejection of the IRP, but it was also a very thoughtful, comprehensive decision. The Commission will elaborate in a forthcoming Order, but the Directive already issued after the vote demonstrates the Commission’s thorough understanding of the particulars in this docket. Commissioner Justin Williams’ motion specifies 13 major modifications that Dominion will need to include in an updated IRP filing within 60 days of the final Order. Among those, points #1 and #8:

SACE applauds the PSC SC for this courageous decision and looks forward to examining a much better Dominion IRP in 2021.

P.S. This-just-in, the Commission will have another opportunity to protect South Carolinians and uphold the Energy Freedom Act in early 2021. Just yesterday, Dominion Energy South Carolina proposed a new compensation scheme for rooftop solar customers that is perhaps the worst in the country and will effectively undermine the freedom for their customers to choose solar. SACE is poised and ready to engage here as well – watch for more information from us in the new year!

Update: on April 28, 2021, the Public Service Commission of South Carolina (PSC SC) voted to reject the [Solar Choice Metering] proposal from Dominion Energy (and that from the Office of Regulatory Staff, as well). Instead, they chose to adopt the proposal from the Joint Clean Energy Intervenors (including SACE). Southern Environmental Law Center (SELC) represented us in this matter and issued a press release including the following: “The commission’s ruling helps ensure fair compensation for solar customers and will sustain this important segment of South Carolina’s clean energy job market,” said Bryan Jacob, the solar program director for the Southern Alliance for Clean Energy. “This was one of the most complex aspects deriving from the Energy Freedom Act and SACE appreciates the Commission’s thoughtful approach in establishing solar choice metering.”

Moving toxic coal ash from its current location in Memphis is a necessary first step to protecting our water supply, but it needs to be moved in the safest, least impactful way.