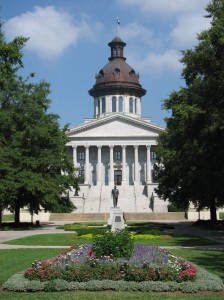 This comprehensive solar bill will sustain all segments of the vibrant solar market in the state. It eliminates caps on net metering, thereby preserving value for customers with rooftop solar generation while eliminating cost shift/subsidization. The act also ensures fair market access for developers of utility-scale solar projects, which are now often the least expensive form of new electricity generation.

Across the spectrum, the Energy Freedom Act protects jobs for hard-working South Carolinians in this field, adding certainty to a healthy economic driver in the state. Equally important, the bill asserts that it is “the intent of the General Assembly to expand the opportunity to support solar energy and support access to solar energy options for all South Carolinians.”

SACE joined with other parties in months of engagement after a less comprehensive bill failed in 2018. This process, coordinated by the Office of Regulatory Staff, helped to inform appropriate policy elements ultimately enshrined in the new legislation. Conservative leadership in both chambers was critical to ensure the success of this bill; the end result is a testament to bi-partisan teamwork and showcases agreement on many key tenets of the energy market. With several amendments through the process, the bill ultimately passed unanimously in both the House and the Senate, and will soon be signed by the Governor to become law. [update on May 16, 2019: Governor McMaster has signed the bill into law]

We applaud the leadership in both the House and Senate. Conservative leaders in South Carolina are demonstrating how bi-partisan legislation can preserve sustainable solar markets providing both economic and clean energy benefits for the state.

See SACE’s original blog post about the introduction of the solar bill here.

South Carolina residents, please take a moment to send a quick thank you note to your legislators for supporting the solar bill here!