This blog was written by Michelle Allen, Political Affairs Program Coordinator for the Environmental Defense Fund. It originally appeared on the EDF blog, Energy Exchange, on July 30, 2020 and is reprinted here with permission.

After years of legal and legislative wrangling at state and federal levels, the first round of Volkswagen settlement funds will soon begin to flow to grantees. Thanks to the leadership of North Carolina State Rep. Chuck McGrady (R-Hendersonville), the General Assembly unanimously passed legislation in June to release $31 million to fund the first of a three-phase plan to utilize the state’s settlement allocation. The funds are part of the settlement Volkswagen agreed to after six years of deliberately programming vehicle models to deceive tailpipe inspectors by dramatically under representing their nitrogen oxide emissions — a pollutant linked to respiratory diseases and a key element for the formation of smog and acid rain.

The settlement dictated that allocated dollars only be spent on projects that reduce air pollution. In North Carolina, that first round of funds has been earmarked to replace the state’s oldest transit and school buses with a combination of improved efficiency and zero-emission models. Of the total $31 million, lawmakers also allocated $3.4 million to install electric vehicle charging infrastructure across the state.

Releasing these funds has been a long time coming, and the infusion of cash into the state comes as many North Carolinians need jobs and the work to rebuild our economy gets underway. Installation of statewide charging infrastructure will be particularly economically beneficial, generating work for local electricians and contractors who will be put to work implementing those projects.

The allocation compliments the steps North Carolina is already taking to advance vehicle electrification. Work continues on plans to achieve the state’s goal of getting at least 80,000 zero-emission vehicles on North Carolina roads by 2025. And, the North Carolina Utilities Commission is currently considering an EV pilot program which, if approved, would help fund electric school buses and transit fleets, and could provide over $2 million in rebates for charging infrastructure.

In mid-July, North Carolina signed on as one of 15 states pledging action to collectively get hundreds of thousands of zero-emission trucks and buses on U.S. roads. It’s a practical approach: the bigger the vehicle, the greater the opportunity to reduce emissions through electrification. The faster this effort advances, the faster North Carolina can eliminate harmful pollution that not only contributes to climate change, but also diminishes our local air quality and is linked to respiratory and other illnesses. Electrifying buses and trucks is a huge boon to the manufacturing sector, too, spurring investment and innovation in North Carolina based facilities like Volvo, Siemens, Cree and ABB.

EVs are cleaner than today’s fossil-fueled vehicles, and their environmental footprint continues to shrink as the electricity grid gets cleaner. Transitioning the grid to renewable energy provides pollution-free power for EVs while also tackling the electricity sector’s role in the larger emissions puzzle. Accelerating the adoption of EVs alongside renewable energy will help make substantive progress towards cleaning up North Carolina’s air, water and climate. Wind energy is now one of the most affordable ways to generate electricity, and there is increasing interest in the state’s offshore wind potential and the manufacturing supply chain benefits that come with it. Solar continues to be an increasingly affordable, reliable option, too. To continue its leadership in clean energy, North Carolina will need to strengthen the state’s renewable energy policies and ensure our utility systems are prepared to keep up with the rapid evolution of innovative technologies.

In the transition to a clean economy, it is critical that policies address air quality inequities within North Carolina. People living in homes and neighborhoods closest to highways and power plants are more frequently exposed to harmful pollutants from the burning of fossil fuels. Decades of discriminatory housing, economic and environmental policy mean that communities of color disproportionately bear the brunt of that pollution today. It’s past time to recognize and remedy the inequities that are perpetuated when policymakers and regulators overlook environmental injustices of pollution. 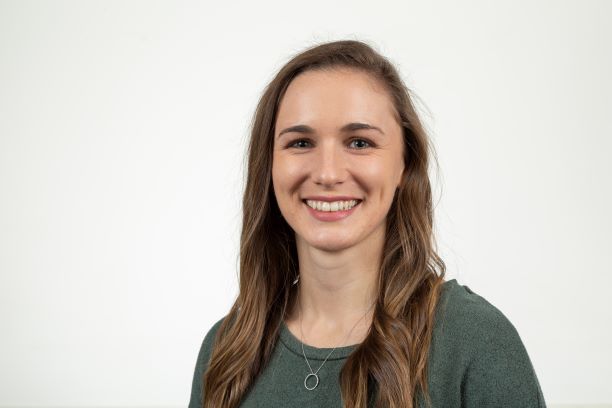 Together, transportation emissions and power plant pollution represent almost 68% of North Carolina’s greenhouse gas emissions. By continuing to clean up these sectors, North Carolina can make meaningful progress in fostering healthier communities, especially for those who have endured the disproportionate impacts of power plant and tailpipe pollution for too long. Thanks to leaders like Rep. McGrady and Gov. Cooper, North Carolina is on a path to make progress reducing our air and climate pollution. However, the state must build on the steps already taken in order to lock in the deep emissions reductions necessary to combat climate change and deliver a safer, cleaner, healthier North Carolina for generations to come.

This blog was written by Michelle Allen, Political Affairs Program Coordinator for the Environmental Defense Fund. It originally appeared on the EDF blog, Energy Exchange, on July 30, 2020 and is reprinted here with permission.