Local, state, and federal elected officials gathered at the Rally to Protect our Coast in Charleston with a common message: don't drill our coast.

Cunningham was one of several elected officials to participate, joined by South Carolina State Senator Chip Campsen, Awendaw Mayor Miriam Green, Isle of Palms Mayor Jimmy Carroll, and Chieftess of the Gullah/Geechee Nation, Queen Quet. SACE was proud to co-host the event along with some of the most influential advocacy groups in South Carolina’s Lowcountry.

Over 200 attendees gathered as elected officials voiced bi-partisan support for protecting South Carolina’s coast from the negative impacts of offshore drilling. Cunningham rallied support for the “Coastal and Marine Economies Protection Act” (H.R. 1941), which would permanently ban offshore drilling along the Atlantic and Pacific coasts. He introduced the bill to the U.S. House of Representatives earlier this year, and encouraged participants to remain engaged as the bill awaits a vote from the House and later from the Senate. You can take action here to encourage your representative to support the Act.

Republican State Senator Campsen stood alongside Cunningham in his commitment to keep drilling off South Carolina’s coast. “We decided decades ago that we weren’t going to destroy our coast,” Campsen said, referring to the intentional course South Carolina has taken to develop its vast natural resource based economy.  And he’s committed to keeping it that way. Earlier this year, he successfully introduced a proviso to the state budget that temporarily prohibits the permitting of any onshore infrastructure that would  support offshore drilling.

As an environmental advocate, SACE staffer, and new mom, I am very well aware of the significance and timing of Monday’s event. Just days after tragic events sparked new waves of grief, fear, and division in our culture, I watched as Republicans and Democrats worked together for a common cause. I listened as the voices of historically marginalized groups were not only heard, but celebrated. I participated as nonprofit organizations joyfully partnered to organize and mobilize on an issue we all care deeply about.

After the rally was over, I stood outside the venue overlooking the Charleston Harbor with my 5-month-old cradled in my arms. Together, we watched as a summer storm stood distant on the horizon and the bright green sea grass blew gently in the wind. Her eyes filled with wonder as she observed the beautiful landscape that seems so normal to me. It was a powerful reminder that future generations will only enjoy the places we cherish today if we protect them now.


We cannot ignore the present opportunity to take action to protect our coasts from the impacts of offshore drilling — for the sake of our communities now and for generations to come. I invite you to join SACE in encouraging your representatives to enact legislation that will permanently protect our coastlines, our communities, and our economy from offshore drilling. 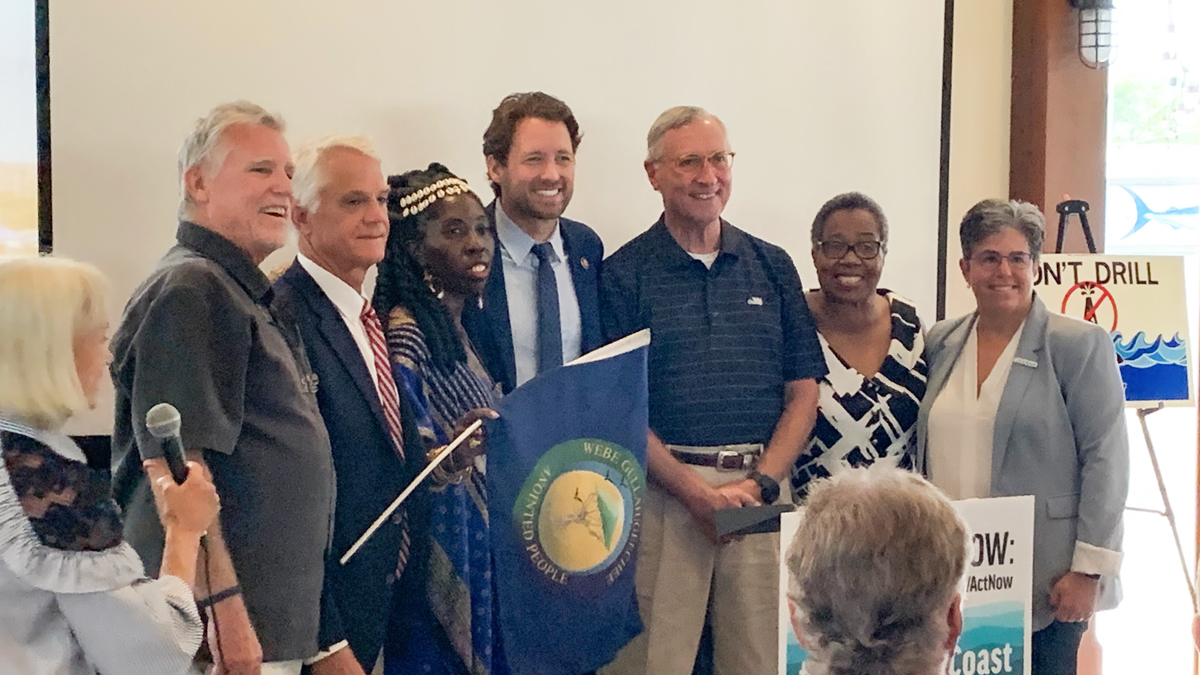 You can watch the full event here on Conservation Voters of SC’s Facebook livestream.

In a rare show of regulatory independence, the SC PSC unanimously voted to reject DESC's IRP - making this the most significant decision handed down by the seven-member PSC so far.

The Ins and Outs of Trump's New Offshore Drilling Action

On Tuesday, September 8, President Trump announced a memorandum halting portions of his Administration's previous proposal to vastly expand offshore drilling around the United States, while ignoring the rest of his massive…