Florida’s biggest power companies were successful in gutting state energy savings goals in 2014 – this time - many of them are determined to bury the goals once and for all. That means unnecessarily higher bills for hard-working families and small businesses.

Florida’s biggest power companies were successful in gutting state energy savings goals in 2014 – this time – many of them are determined to bury the goals once and for all. That means unnecessarily higher bills for hard-working families and small businesses.

These proposed goals, if approved, would effectively eliminate access to utility-sponsored energy efficiency programs for 6.2 million families and businesses – depriving well over half the state’s electricity customers of programs that help them reduce energy use and save money on bills.

In Florida, where so many families are working several jobs, just to get by – that’s a punch in the gut.

A Race to the Bottom 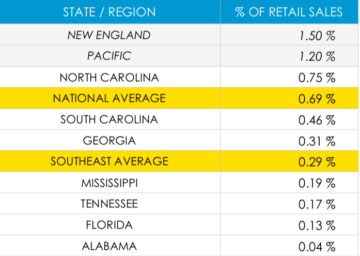 savings to customers.  As a percentage of annual electricity sales in 2017, Florida had the second to worst performance in the Southeast region (beating only Alabama). In the same year, the national average was five times higher than Florida, and efficiency savings in California, Massachusetts, Rhode Island, and Vermont were 15-25 times higher.

These states invest in energy efficiency because it is the lowest cost resource for meeting demand and lowers total utility system costs, which in turn reduces bills for all customers.  The goals proposed by the utilities in this round of goal setting would cement Florida’s place at the bottom as a laggard on helping customers use energy smarter – IF the PSC chooses to adopt them.

Cutting energy waste is the cheapest, quickest and cleanest solution for reducing bills and tackling the challenge 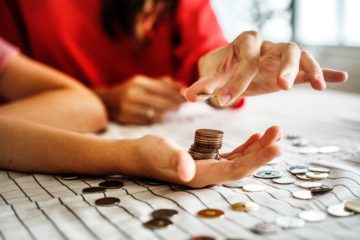 of a changing climate. It not only reduces bills for families and businesses that adopt measures, but also reduces bills for all customers by reducing overall system costs, including the amount of fuel the utility burns and deferring the need for future costly power plants. It’s a no-brainer and state policy makers should be solidly behind cutting waste, helping customers make their homes safely comfortable, while protecting our environment for future generations.

And while we all want a safer and more comfortable home, it’s often the families that live month to month that are most at risk from not getting the information and financial resources to make key investments in their homes.

With a low-income population totaling more than 5 million individuals (36.8%) across the utilities’ combined service territories, and the high energy burdens that cause financial vulnerability, there is a critical need for meaningful energy savings goals, and energy efficiency programs focused on this important customer segment.

Zero is not a goal; neither is close to zero

The utilities file proposed ten-year goals based on their own analysis of what they claim is achievable, but time and again the companies depress the results by using seriously flawed screening tests that eliminate almost every available efficiency option.  The peculiar screening methods used by Florida utilities in their filings are not allowed in any other state, which explains why even the most common, highly cost-effective measures being implemented across the country were excluded in the companies’ proposed energy saving targets.  Southern Alliance for Clean Energy, in our testimony, reveals the many ways the power companies “put their thumb on the scale” in developing their goals, and why energy savings are critical to hard working families. How bad is it? In the case of Florida Power & Light, the company proposed an energy saving goal for residential customers (116 MWhs over ten years) that is equivalent to the energy use of just one home – in a service territory with over 5 million customers! Really?

Not all Florida utilities are racing to the bottom. Tampa Electric’s proposed goal, for instance, is roughly 165 times more robust than FPL’s – yet its utility customer base is 13 times smaller than FPL’s. Hmmm . . ? This difference shows, at a minimum, that the utilities’ testimony  highlighting the parade of horribles that will occur with expanded energy savings for customers is not credible.

The once in a five-year opportunity is right now

The good news is that there is an opportunity to stop this dangerous trend and reset Florida’s embarrassing energy savings performance. A hearing at the PSC, Florida’s utility regulating body, is set to begin on August 12th, with a final decision likely in early November. The PSC decides whether or not to approve or deny the “energy savings goals” FPL, JEA, OUC, TECO and Gulf Power have proposed. Now is the time for customers to reach out to the Commission and let them know that zero is not a goal. Make your voice heard – here.

With some of the highest bills in the nation, Floridians need relief. Southern Alliance for Clean Energy, in its testimony, has provided a reasonable path forward.  Peer utilities in the Southeast have shown that energy savings up to 1.5% are achievable, but Florida needs to ramp up now. The time is long overdue for Florida to join the states that are meaningfully investing in low cost energy savings  – hard-working families and small businesses are depending on it.