Guest Blog | July 2, 2021 | Clean Transportation, Climate Change, Energy Policy, Solar
You’ve heard the old saying “there’s nothing sure but death and taxes.” You could probably add to it “and shifting timelines in the U.S. Congress.”
Earlier this year we blogged about how the new Biden administration had proposed a multi-billion dollar American Jobs Plan, which focused on upgrading and repairing our country’s infrastructure and transportation systems and investing in manufacturing, research and development, including dozens of clean energy and climate-friendly provisions. Early predictions suggested that Congress would kick off the debate and even begin voting before the July 4th recess, but that date has arrived and we don’t yet have a comprehensive infrastructure package or any other legislation that contains the climate-friendly, clean energy policies needed to avert the worst impacts of the climate crisis. 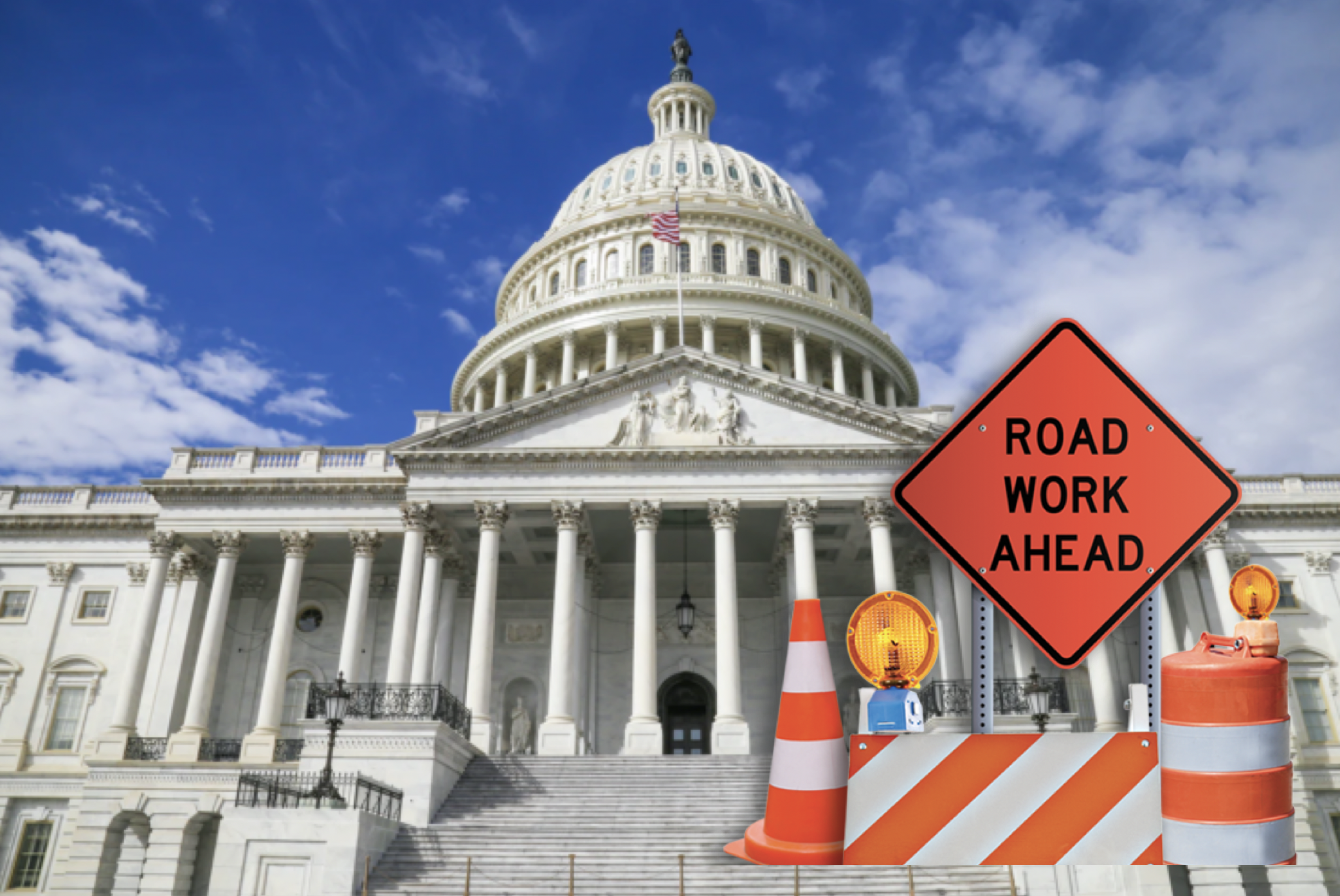 There’s been plenty of debate about an infrastructure package: in committees, in news outlets, in private conversations between Congressional leaders and the President himself, and even this week on the House floor. However it appears that many of the climate-friendly measures initially proposed in the American Jobs Plan may not make it into the smaller, bipartisan infrastructure package.
While we await the final infrastructure package, here are a few energy, environmental protection, or clean transportation-related proposals we are aware of that are sponsored by southern Members of Congress that could be incorporated:
Positive though any of those measures could be (and it’s worth noting that SACE is not supporting or opposing any of these particular proposal only sharing for information), one of the most critical policies to rapidly reduce climate pollution while bolstering economic growth – a 100% clean electricity standard (CES) – is missing. A CES would require that the percentage of U.S. electricity coming from zero-carbon sources increases until it reaches 100% by 2035, thereby serving as the cornerstone for our broader clean energy transformation. Decarbonizing our power sector and then electrifying transportation, buildings, and other sectors would set us on a path to the drastic reductions in greenhouse gas emissions that science tells us is needed in order to avert the worst impacts of climate change. Clean or renewable electricity standards are already law in more than 30 states and territories and have effectively driven low-cost power sector decarbonization while stimulating local investment.
While a CES may not end up in an infrastructure package, a new memo from White House aides signals that it may be a chief element in a separate reconciliation package (need a brief overview of the reconciliation process? check out this recent overview/summary presented by the Environmental and Energy Study Institute) to both “build back better and tackle the climate crisis.” 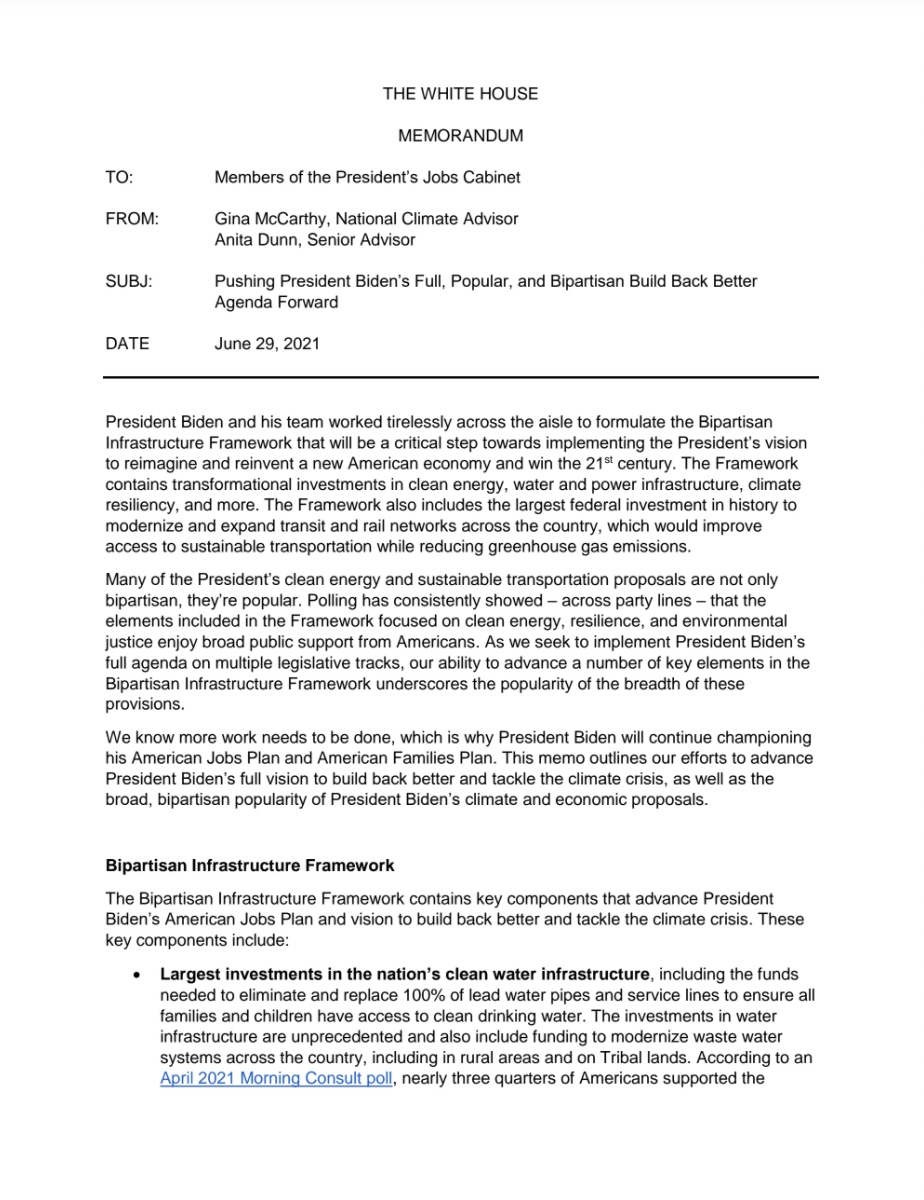 “Sending a market signal that brings additional private investment off the sidelines and into modernizing our electric grid through an Energy Efficiency and Clean Electricity Standard (EECES), which is designed to cut electricity bills, increase competition in the market, incentivize more efficient use of existing infrastructure, decrease pollution, and continue to leverage the carbon pollution-free energy provided by existing sources like nuclear and hydropower. The EECES would spur the creation of millions of good-paying, union jobs all across the country. And much like clean energy tax credits, the EECES is popular – a Data for Progress poll found nearly two thirds of respondents supported government action to move the country to a fully clean power sector by 2035.”

If you’d like to join SACE in supporting a CES as a critical tool in reducing carbon emissions and strengthening our economy, take action and send a customizable letter urging your elected leaders to support a 100% Clean Electricity Standard.

Take Action: Send a Letter to Members of Congress