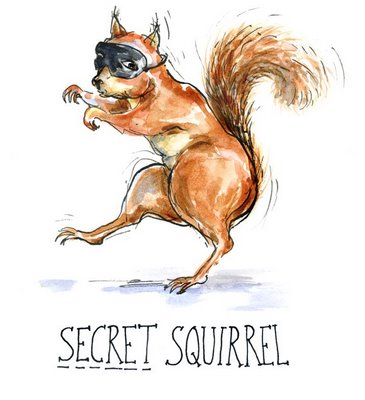 ‘Squirreling’ is banned at the World Schools Debating Championships. What, you don’t know what squirreling is? Or what it has to do with energy efficiency? Well, today is your lucky day!

According to those who set the rules for debate competitions, squirreling is the unreasonable redefinition of a term in debate in favor of the team that opens the competition. In these debates, audiences “come to regard debating as overly technical and confusing” when the contestants begin arguing definitions. But whether in debate competition or in energy policy discussions, debating definitions is a sure-fire way to avoid the subject.

Just how restrictive, you ask?  The energy efficiency programs that are acceptable under Southern Company’s standard generally need to have benefits that are at least three times the cost to deliver the energy savings.

This restrictive standard is known in the industry as the “Rate Impact Measure” test, or RIM test. In contrast, most utilities use a cost-effectiveness test that sounds pretty reasonable. Benefits are measured in terms of cost savings: Number of power plants not built and fuel not burned, essentially. Costs are measured in terms of the utility’s efficiency program costs and, often, also include customer out-of-pocket expenses. Even though a simple “pass” is all that regulators usually require, utility programs are so cost-effective that they typically have benefits that are at least double the costs.

The difference between the “limited” programs that pass the RIM test and the more commonly used benefit-to-cost tests is dramatic. For example, when the Georgia Public Service Commission directed Southern Company utility Georgia Power to expand its energy efficiency programs beyond strict adherence to the RIM test in 2010, commission announced that the change would help their state “out of the bottom of national and regional comparisons on energy efficiency.”

Really? Here’s what the National Action Plan for Energy Efficiency (NAPEE) says about that.

“Energy efﬁciency” refers to using less energy to provide the same or an improved level of service to the energy consumer in an economically efﬁcient way.

We are optimistic that Kim Greene, the new CEO of Southern Company Services, will work to convince Southern Company staff to adopt this definition. We’ve got two reasons for optimism. First, as a senior manager with responsibilities for finance and generation at the Tennessee Valley Authority, Ms. Greene has seen firsthand how energy efficiency has helped to position TVA to better manage customer costs over the long term.

Second, Ms. Greene can point to Southern Company’s own engagement in national discussions around energy efficiency. For example, Susan Story (whom Ms. Greene is replacing) was one of the members of the Leadership Group that authored the NAPEE “Framework for Change,” including that definition. Southern Company also has a longstanding commitment to support the Alliance to Save Energy, an organization whose name just might suggest that energy efficiency is about using less kilowatt-hours. Because, of course, kilowatt-hours is how one measures electric energy.

Southern Company’s definition of energy efficiency is so squirreled that its focus is on customers who do not save energy. This gets a little technical, and for those with an interest, we are happy to explain more about what Southern Company means when it talks about energy efficiency. A good example of their rhetoric, however, is that Mississippi Power argues that it is “opposed to implementing programs” that “harm non-participants.” What this means is that Southern Company is effectively opposed to spending money to help customers reduce electricity waste.

Southern Company’s commitment to resisting mainstream views on efficiency goes beyond simply confusing everyone by using its own definition. Alabama Power not only refused to participate in the Alabama energy efficiency stakeholder process, it attacked the grant, hyperbolically describing the stakeholder process as advancing a “government-mandated reduction imposed only on electricity users.” Well, we know it’s really just about helping customers save money, but sadly for those customers, Southern Company hasn’t figured out how to make energy efficiency work for its own business plan. (Which is not so hard: energy efficiency is working just fine for some other large utilities in the Southeast.)

Here’s the bottom line: Southern Company is out of step with the mainstream perspective on energy efficiency. Their definition of cost-effective energy efficiency demands that programs reduce energy costs by well over three times what the programs themselves cost to operate. And then they have the hubris to claim that they are “championing energy efficiency.”

** For more on what Southern Company staff mean when they promise energy efficiency, read page 2.**

What Southern Company means when its staff promise energy efficiency

Southern Company’s squirrelly definition of energy efficiency affects its customers through a corporate policy to advocate the “Rate Impact Measure” test to regulators. The so-called RIM test is known as “the most restrictive of the five cost-effectiveness tests,” and its use “precludes energy efficiency investments.”

Most utilities use a cost-effectiveness test that sounds pretty reasonable. Cost savings are measured in terms of power plants not built and fuel not burned. The benefits of lower utility expenses are compared to the utility’s efficiency program costs and, often, also including customer out-of-pocket expenses. Even though a simple “pass” is all that regulators usually require, utility programs are so cost-effective that they typically have benefits that are at least double the costs.

Yet the cost-effectiveness test advocated by Southern Company, the RIM test, is so restrictive that utility programs must demonstrate cost savings  well over three times program costs in order to “pass.” That’s because the RIM test adds in “costs” associated with presumed rate adjustments related to financing power plants. These are costs that utility customers must pay whether or not the energy efficiency programs are implemented.

There is one telling exception to the rigorous application of RIM in Southern Company territory: Mississippi Power offers an “information and education”  program that does not pass the RIM test. Southern Company considers these kinds of programs to be a “service” to their customers, and thus exempts them from the RIM test.

Yet this exception is actually further evidence of the policy to minimize energy saving assistance to Southern Company’s customers. Utilities do not typically design “education and information” to directly result in using less electricity. Instead, as one national report explains, “They are often designed to inform participants or market actors of program opportunities, simply to familiarize them with energy efficiency options.” Which would be a wise investment if Mississippi Power funded energy efficiency programs! So, the only program that Mississippi Power excuses from the RIM test doesn’t seem to be designed to help customers use less electricity.

What is the purpose of energy efficiency programs?

How should utilities decide which  energy efficiency programs to offer?

Should education and information programs get favored treatment?