This blog was written by Amelia Shenstone, former Regional Advocacy Director with the Southern Alliance for Clean Energy. 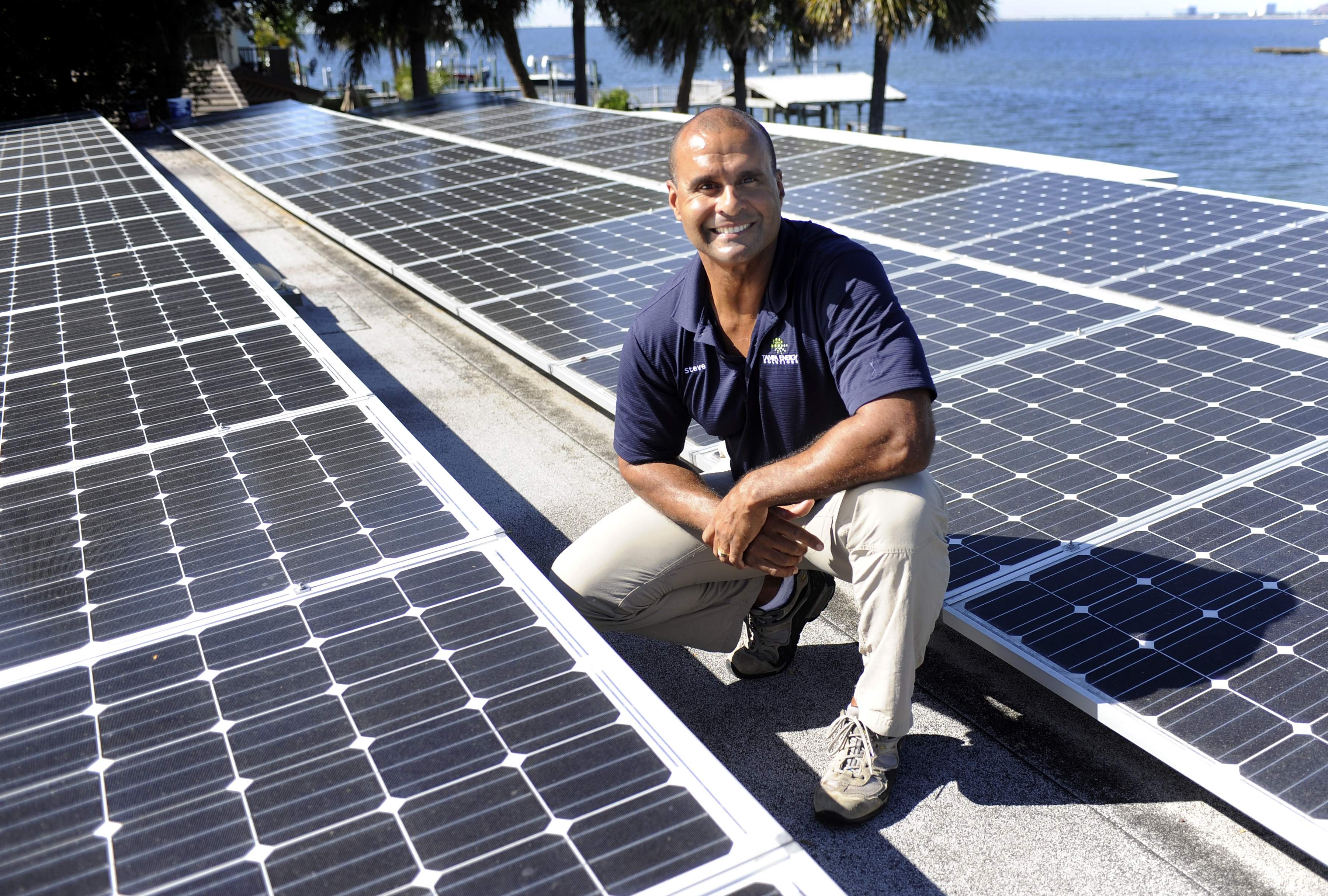 In honor of Black History Month – SACE is publishing a blog series highlighting the efforts of African American leaders working to ensure that clean energy opportunities are available for all people and communities in the Southeast. This post is the first in the series; find following posts here.

Retired Navy SEAL Commander Steve Rutherford is on a mission. “That’s how I view it,” he says. “It’s a mission to liberate people.”

He’s not talking about some overseas front, although he certainly has plenty of experience there, tracking down Al Qaeda operatives and saving American lives in Afghanistan. He’s talking about helping Floridians go solar.

Thanks to Florida’s net metering policy and rebate pilot program, he and his company, Tampa Energy Solutions, are helping Floridians across the income spectrum break away from utilities by installing solar on their homes.

We met up at the home of one of his clients, a program manager named Michelle who lives on a single income in the heart of Tampa. Rutherford is concerned that the end of Florida’s pilot rebate program could prevent people like Michelle from going solar.

“Every step the utilities take to limit [solar incentives] is to keep people bound to them,” he says.

Fair valuation is essential to making solar an affordable resource. “Net metering is my number one sales pitch when I speak with a client. Ninety percent of them aren’t buying solar because it’s good for the environment; they’re buying because it makes sense for them financially as an individual or family. If we didn’t have net metering, I wouldn’t be selling photovoltaic solar. And that’s 80% of my business.”

Getting paid back for the energy they produce makes all the difference.

Tampa Energy Solutions, with five employees, is small but growing. The newest full-time team member is a veteran who is just finishing college – Rutherford says installing solar is a great entry-level position for those finishing military service. He’s also working with a minority solar training program that’s just getting off the ground in Tampa.

I asked Rutherford how he would respond to claims by some groups that solar incentives harm low-income communities and communities of color. While he sees broad diversity in his clients, he feels that well-designed policies could make sure solar is truly available to everybody – renters, for example, have less access now, and “the people who need solar energy the most aren’t in the good credit department.”

It’s up to us, he says. “Utilities have their own interest in mind, like anybody else. They’re a monopoly people allowed to come about. People should say what they can do.”

Fortunately, there is a new ballot initiative that may make solar available to everyone. Floridians for Solar Choice has formed to promote a constitutional amendment that would give Florida’s families and businesses the right to choose solar power. Currently, Florida is one of only five states in the nation that prohibit citizens from buying electricity from companies that will put solar panels on your home or business with no up-front costs. This prohibition limits customers’ freedoms and blocks the growth of this abundant, clean homegrown energy source.

“The American people fight for freedom. We’re a nation that wanted to be freed from the binds of Great Britain, and again and again throughout history. Solar is the next frontier. I think the Americans I’m serving as my customers still have that in them, to fight for freedom. I am for all people being independent and self-sufficient.”