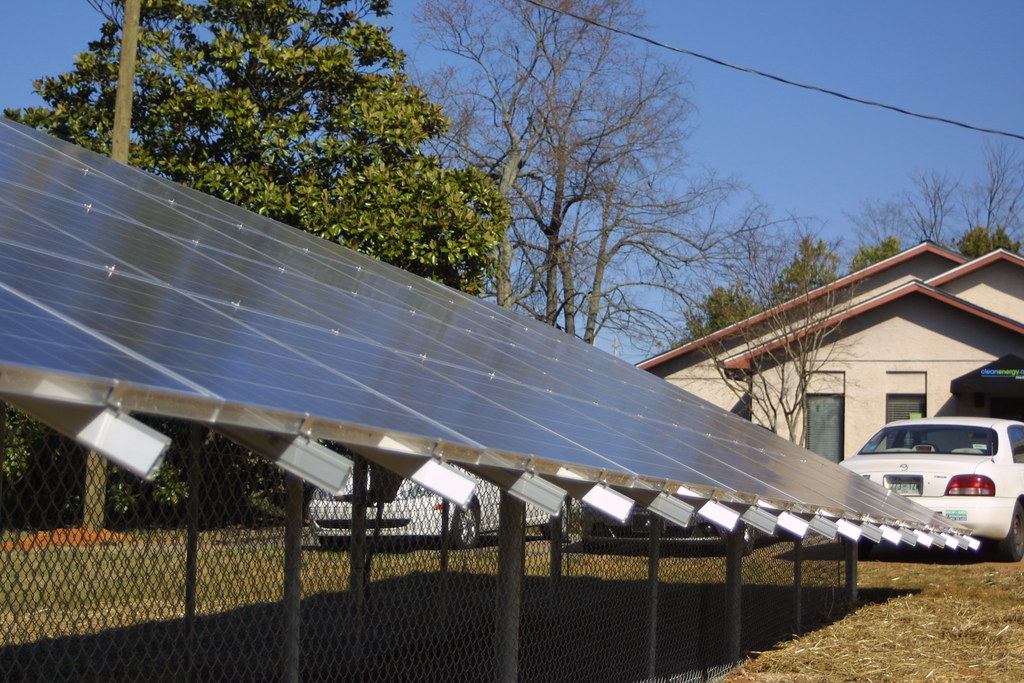 After a year of working hard on energy efficiency improvements, our Knoxville, TN office is now officially solar-powered!  KUB, our local utility, just put in our meter and we are pumping clean, safe solar-powered electrons onto the grid.  It took just over a month from the signing of the contract for Green Earth Solar to design, engineer, install, commission and hook us up to the grid.

We are now equipped with a 9.6 kW, ground-mounted system, with Sharp ND-240QCJ panels, a Sunny Boy 8000 inverter and Iron Ridge racking.  All these components were made in the USA, and we chose the Sharp panels because they are made in the Southeast at Sharp’s Memphis, Tennessee facility.  Our new system truly highlights green jobs in action!

A few examples of your tax dollars at work:

Our system also qualified for TVA Generation Partners’ Expanded Pilot, which entitled us to a one-time payment of $1000. More importantly, however, being part of the Generation Partners enables SACE to sell the production from our solar system back to the grid at 12 cents per kWh above our electric rate for ten years.  So, since this 9.36 kW system is projected to generate about 12,000 kWh annually, this will add up to about $2,500 per year!

TVA’s Generation Partners pilot currently has 722 projects totaling 33 MW of renewable generation. An estimated 472 projects have been approved and are in various stages of completion, representing the potential for an additional 76 MW of generation. 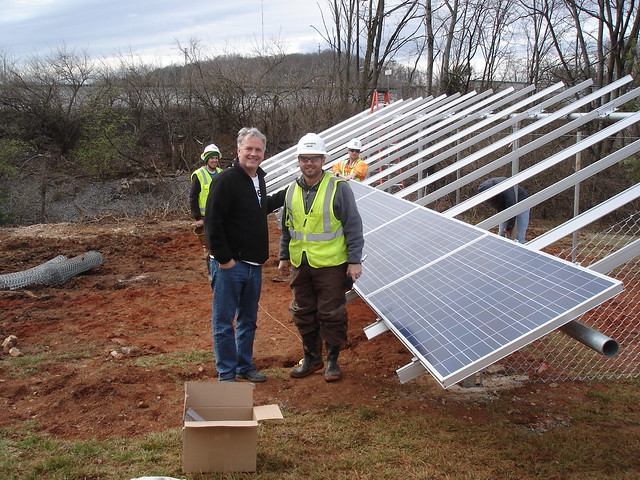 In November 2011, TVA announced Green Power Providers, a new long-term program, which replaces the pilot and should be available for distributors’ consideration by April 1, 2012.  During the transition, TVA will continue to accept applications under the Generation Partners pilot.

Our installation practically needed a tracking system to follow Troy Williams and his Green Earth Solar crew.  They started digging the holes for the installation on February 13th. After plumbing the poles, pouring the concrete, and attaching the mounts in record time, they started installing the panels on February 28th.  All together the process only took 15 days! Check out our solar photo album if you want to see how a ground mounted solar system is installed.

You can follow all of our system’s performance at this Sunny Portal . This includes kilowatts produced, pollution reduced and dollars earned.

See our solar photo album here or click the pictures above to take a look at more photos of the process, like the ones in this blog. If  you are interested in learning more on how you can invest in solar or want to join our team in advocating for more clean, safe energy contact us.