In the last few weeks, New York and Massachusetts announced that they have contracted for about 2,500 megawatts of offshore wind capacity--some of the first offshore wind farms in the nation. What does this mean for the Southeast? Not a lot right now, but prospects for offshore wind are looking better and better for our region.

As some of the first commercial-scale offshore wind projects in the U.S. with purchase contracts signed, the New York and Massachusetts contracts provide some of the first data points of how much offshore wind power actually costs in the U.S. and they send a promising signal. While the New York price point of $83 per megawatt-hour (MWh) is much higher than the prices that utilities typically pay for wholesale power in the Southeast, it is a level that is far below what people expected offshore wind in the United States to cost even just a couple years ago. 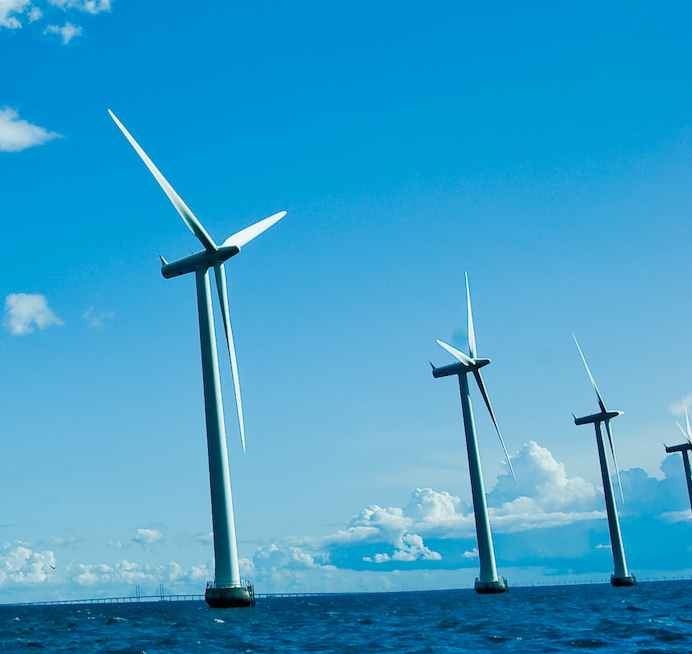 The news is encouraging because it helps to show a trend of unexpectedly low-price offshore wind power contracts. Last year, the Vineyard Wind project in Massachusetts stunned people with a price of $98 per MWh (estimated) for 800 MW, which was then lowered even further through tax credits and other revenue. Then, the Revolution Wind project signed contracts with Connecticut and Rhode Island for $94 (to Connecticut) and $98.43 (to Rhode Island) per MWh for a combined 600 MW. And now, New York’s contracts come in at $83 per MWh for about 1,700 MW and while the exact pricing of Massachusetts’ new 800 MW contract is not yet publicly known, it is required by law to be lower than last year’s Vineyard Wind contract. [Editorial note: update on Dec. 5, 2019: and the new Park City wind project off Connecticut’s coast will be the least expensive of them all]

The recent wave of advancements toward offshore wind development appear to blunt the long held suspicion that the cost of offshore wind power development in the nascent United States market would be significantly higher than what it costs across the Atlantic in the more mature European market. The National Renewable Energy Laboratory’s analysis of the Vineyard Wind contract found its price consistent with European pricing, and we now know that Vineyard Wind’s pricing was not an outlier but rather the beginning of a trend.

So what does this all mean for the Southeast? Not a lot right now, but they show promise for an industry to come. The Northeast projects have had advantages that don’t exist in the Southeast, such as relatively higher power prices to compete with (so $83/MWh doesn’t seem quite as high in comparison), state mandates for offshore wind (for example, as I write this blog post, New Jersey Governor Phil Murphy just announced doubling NJ’s offshore wind goal to 7,500 MW), and state-level incentives to bring down the cost. But the cost of offshore wind energy is expected to decline significantly over the next decade–to perhaps $50 per MWh for projects online in 2030. Offshore wind turbines generate energy more consistently than onshore wind turbines. Therefore offshore wind generation can offset more expensive power generation resources like gas peaker plants and help meet winter peak demand. Offshore wind generation therefore has the potential for high value electricity, even if it is not the cheapest power on the market. Add to that the high capacity factor of modern wind turbines (i.e. a 63% capacity factor for the announced Haliade-X turbines), and we are looking at some serious renewable energy potential in the not-too-distant future.

TVA CEO Jeff Lyash's mistruths stated recently on TV highlight the need for independent oversight of TVA so that customers are not harmed by the unregulated, federal monopoly treating fantasies as truth.