This blog was written by Sandra Upchurch, former Energy Justice Manager at the Southern Alliance for Clean Energy.

MEMPHIS: THE HOME OF ENERGY BURDEN

Last Week, Old Man Winter rolled into the home of the blues. He brought in cold arctic air, dramatically dropping temperatures, and rising power bills, especially for locals in Memphis who buy power from Memphis Light, Gas, and Water (MLGW), and who are subject to inequitably high Energy Burdens.

“Energy Burden,” which represents the percentage of household income that goes toward energy costs, rises when poor infrastructure, poverty, and unfavorable energy rate-setting policies combine to disproportionately impact certain communities. According to the 2016 study by the American Council for an American Council Energy Efficient Economy, (ACEEE), low-income and people of color are impacted the most by energy burden nationally, and in many instances are spending up to 25.5% of their annual income on home energy. The same report explains that Memphians have the highest energy burden in the nation. Yes, Memphians are singing the blues due to a combination of these factors:

To make matters worse, MLGW’s 2019 budget proposes new rate increases to go into effect July next year. Residential customers’ impacts will be $5.47 on electrical bills (4.6% rate increase), gas $1.78 (4.8%) and water $2.52 (17%). That’s an additional $9.77/month added to our utility bills. In July 2021 part two of the proposed rate increase will take affect adding another $7.00/month. These fees are charged to customers regardless of the amount of energy used, and are often not visible on our bills or are hidden among other amounts. In the fall of 2017, a TV report titled An Inconvenient Truth uncovered that MLGW customers were paying hidden fixed fees totaling $29.74/month regardless of usage. An elderly woman on a fixed income in the story complained that she lived in an all-electric home and did not use any gas but for many, many years she has paid a $10/month fixed fee for gas.

MLGW argues that the rate increases will allow them to upgrade the city’s poor infrastructure. No one argues that the city’s infrastructure is not in need of upgrades: extreme weather and mild storms frequently create power outages that sometimes take weeks to fully restore. But SACE and our partners including the NAACP will continue to argue that fees should be displayed transparently on bills.

THE JANUARY ‘STOMP DOWN’ 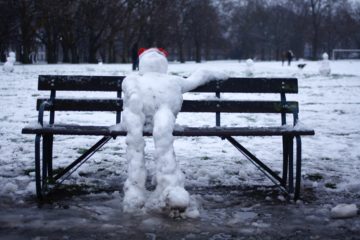 In Memphis we are painfully aware of the reality when a particularly rough winter is on the way. An unusually high number of ladybugs indoors in the late fall warns locals that it will be a cold one – and that’s not welcome news for many of our low-income neighbors. The harbingers of cold weather instill a sense of dread in Memphians, who are forced to lower their thermostats to a barely comfortable temperature and brace themselves for the rough reality of the JANUARY STOMP DOWN, when relentless cold weather often forces folks to make unthinkable choices between needed heat and other necessities such as food, medicine, or medical care. While there are public assistance programs available like MIFA and Share the Pennies intended to help people weatherize their homes, these programs are limited in nature and often do not meet the needs, especially in a city like Memphis where so many homes could benefit.  A 2011 survey conducted by the National Energy Assistance Directors’ Association (NEADA), results revealed that life threatening consumer tradeoffs had to be made by low-income households in reaction to high utility bills:

Family and friends often find themselves stepping up and pitching in to help restore power or avoid disconnection of loved ones. Some do succumb to the battle and suffer electricity shut-offs. In the worst instances, families have even become homeless after being embattled from long cycles of energy burden.

Whether or not there is scientific evidence to back up the ladybug theory, there are cold, hard facts showing that colder winters lead to painful impacts for locals – we suffer financially, physically, and psychologically in those cold months. In the winter of 2017, when power bills doubled and even tripled for some residents of Memphis, over 130,000 MLGW customers were disconnected for lack of payment. These disconnections hit children, senior citizens, the disabled, and the working poor the hardest. Some of these Memphians are still recovering financially, continuing to make partial payments to their bills eleven months later.

PUTTING A FACE ON ENERGY BURDEN

Energy burden is more than a statistic; it is a crippling reality faced by people in my own community. In considering this heartbreaking reality, it is important that we stop and ask ourselves, ‘Who are these people and what are their circumstances that leads to such a dangerous scenario where they literally have their power disconnected?’ This exercise leads me to recall faces of my very own family members and friends that struggle to pay their power bills, as well as the many people that I knew from working as an energy justice manager.

Specifically, I recall a disabled grandmother pleading with TVA not to impose the new grid access fee. Ms. Cynthia Davis, a friend and a fellow member of Memphis NAACP, accompanied me and other advocates to a TVA May 2018 board meeting to speak out against new grid access fees. She handed TVA a note telling them how desperate her situation was and that she might lose her home, as she was unable to keep up with spiraling high power bills and the hard choices that she has to make each month. As Cynthia said to Bill Johnson,

“while you are flying high in your Mercedes-Benz helicopter, I am down here. I am looking up at you now asking for you your help.”

— Power to the People

SACE WORKING TOWARD A SOLUTION

Despite our calls to the contrary, TVA is moving forward with efforts to impose a new grid access fee (GAC), which will translate to another $6.48 /month starting in October of 2019 for MLGW customers, in addition to the fixed fees MLGW independently imposes. In fact, TVA director Eric Satz of Nashville, TN made fun of the Memphis group who had to rush back to Memphis to raise money keep Ms. Davis’s power on.

Likewise, MLGW continues to refuse to recognize the need on the faces in its own community. I knew I had to help bring the faces of energy burden to the other culprit exacerbating the energy SACE is leading efforts to mobilize and amplify a large constituency demand that MLGW show the fixed fees on our power bills.

Are you in Memphis? Are you an MLGW customer? Will you join us?