There’s been a lot going on in the energy space lately, ranging from legal battles to regulatory development to federal legislation. At the national level, the U.S. Supreme Court clarified how the Environmental Protection Agency can regulate power plant emissions. The Senate passed the Inflation Reduction Act (IRA) including the largest package of climate and clean energy investment in U.S. history — with the House scheduled to vote later today. And Georgia was not left out of the action: the Public Service Commission (PSC), which regulates energy in Georgia among other things,  concluded Georgia Power’s triennial Integrated Resource Plan (IRP) while simultaneously beginning to evaluate Georgia Power’s request to substantially increase rates (12%) over the next three years. On top of that, just last week, a Federal judge ruled that Georgia’s method of electing PSC members violates the Voting Rights Act.

If you’ve missed any of the news about ongoing nuclear construction at Plant Vogtle Units 3 and 4, that’s understandable. But there’s been a steady drip of developments there, as well. 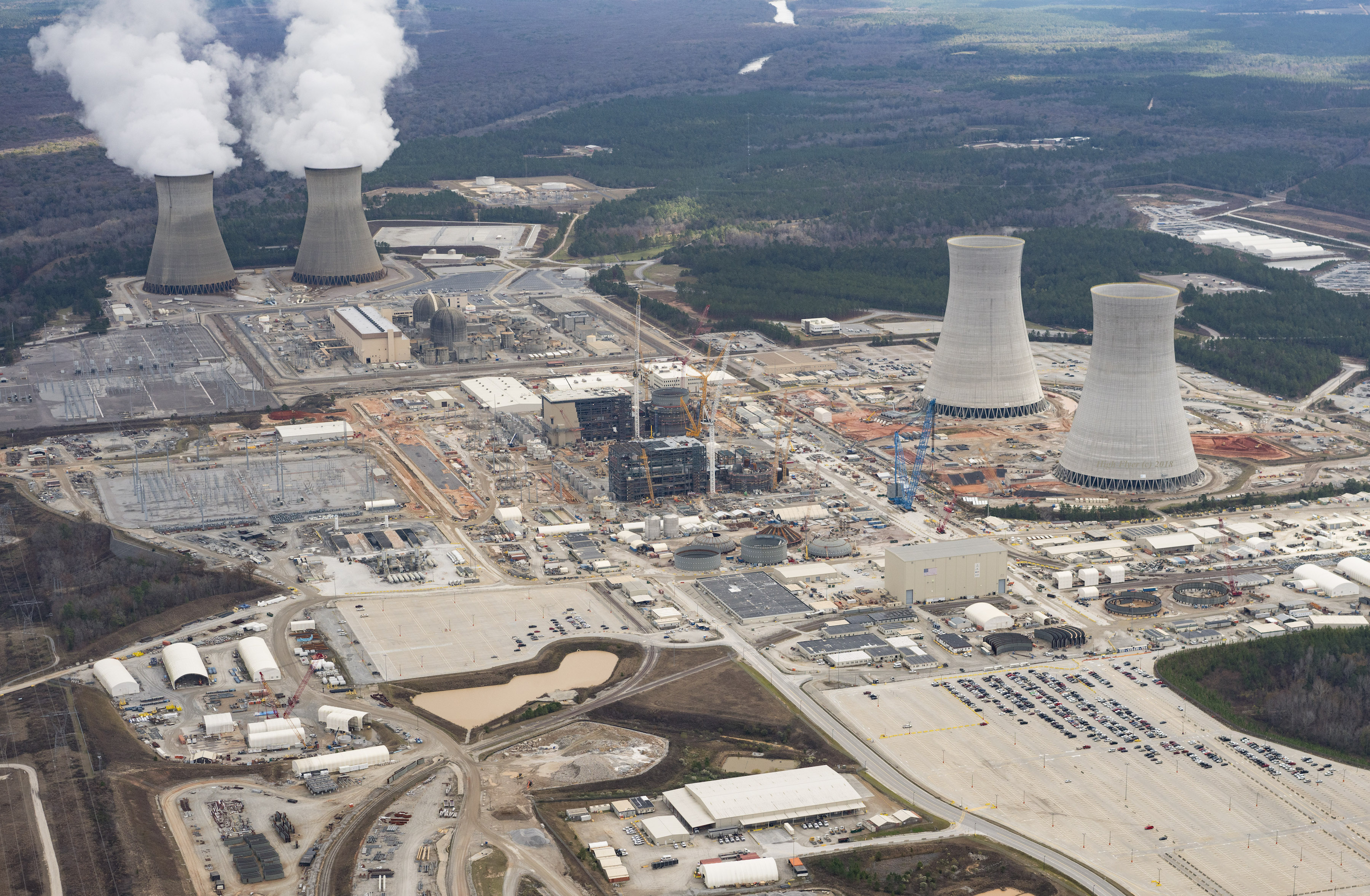 Inside & Outside the VCM

We at the Southern Alliance for Clean Energy have intervened in each semi-annual Vogtle Construction Monitoring (VCM) docket at the PSC, but that is not the only place where changes happen. On August 3, the Nuclear Regulatory Commission (NRC) issued what’s known as the 103(g) letter which allows Southern Nuclear to move forward with loading nuclear fuel for Unit 3. That major milestone means that unit is closer than ever to reaching commercial operation (currently slated for 1Q 2023). And we’re subsequently that much closer to seeing a typical residential bill increase by over $45 per year when Unit 3 becomes operational. That “rate adjustment” is automatic – it’s already been approved – and that $45 per year increase is in addition to the $195 per year rate increase Georgia Power is presently requesting.

Also in parallel to the VCM, two of the Vogtle co-owners filed lawsuits against Georgia Power over the excessive cost overruns. The first was Oglethorpe Power, the primary supplier of power to the state’s electric membership cooperatives, which originally agreed to own 30% of Vogtle 3 and 4. Exercising a one-time “tender offer” will prevent Oglethorpe from absorbing any more costs in exchange for transferring 2% of its ownership to Georgia Power. Likewise, the Municipal Electric Authority of Georgia (MEAG), which supplies the state’s municipal utilities, originally a 22.7% owner of the project, has sued Georgia Power for breach-of-contract, but has not yet exercised the “tender offer.”

In July, we concluded the 26th Semi-Annual Vogtle Construction Monitoring process (VCM26) by reviewing expert testimony and cross-examining witnesses to clarify project details. When asked about how the additional ownership percentages described above relate to what happens in front of the PSC, Georgia Power Company witnesses clarified under oath that they would not be asking Georgia Power ratepayers for rate recovery of any of the additional capital costs that would have otherwise been paid by the co-owners. That means that Georgia Power shareholders will have to absorb the cost overruns that the co-owners are no longer paying.

And note Georgia Power specifically said capital cost. Because the Company also said that it would most likely approach the PSC with the ongoing operating cost for that additional percentage over the next 60-80 years of the plant’s operating life. This will certainly be a contentious subject in the future. The PSC Staff has indicated that they will oppose that request.

A Recurring Theme: An Inability to “Measure Twice, Cut Once”

In VCM26, Southern Nuclear reported that total construction on the project was about 97%. But that doesn’t fully capture the amount of work left to do: we also learned, “Remediation efforts are ongoing which is not factored into the percent complete.” Witnesses were unable to provide a number that estimates how much lower the percent complete would be if they were able to factor in the remediation work. But multiple expert witnesses included other figures and information that illustrates the magnitude of work that must be re-completed.

As an example, one of the PSC Staff witnesses testified that approximately 8% of cable that had been issued to construction needed to be recut/replaced, resulting in an additional cost to the project. That was approximately 500,000 linear feet of cable – equivalent to about 95 miles. Unfortunately, the additional costs associated with this rework were classified as Trade Secret, and therefore couldn’t be disclosed to the public.

Other witnesses described a different example of remedial work where many of the bolts that had been originally tightened had not been inspected at the time. So each of those had to be loosened and then retightened to the specific torque value. “During this second iteration of the same work, the torque value was witnessed and confirmed and the torque wrench was conformed to be in calibration.”

Similarly, as of mid-December 2021, there were some 26,000 electrical Inspection Records (IRs) that had not been completed. The work was done, but the inspection records weren’t complete at the time. The explanation given was that “someone didn’t do their job.” We couldn’t have said it better – and that answer could apply to a lot of questions about Plant Vogtle delays and cost overruns: Someone didn’t do their job.

According to PSC Staff witness testimony, “The Company grossly under-estimated the costs of Vogtle 3 and 4 in its filings and testimony to the Commission during at least the first thirteen years of the Project.” And now Staff analysis is suggesting the cumulative rate impact could be around 12.8%. In other words, as Vogtle 3 and 4 come online, the rate impact may be as large (and in addition to) the rate increase Georgia Power has requested in their present rate case.

“The repeated materially inaccurate cost estimates are an example of management’s continuous poor judgment…that should be taken into account when the Commission conducts its prudence review.” – Georgia Public Service Commission Staff, June 2022

PSC Staff contends, and SACE agrees, that “The repeated materially inaccurate cost estimates are an example of management’s continuous poor judgment…that should be taken into account when the Commission conducts its prudence review.” SACE has continued to remain active in each VCM in order to make sure that good judgment prevails and poor judgment doesn’t get rewarded. The same can be said for the rate case, which SACE has also filed to intervene in.

Stay tuned as we will continue to update our readers here on our blog as this progresses.
Bryan Jacob
Bryan joined the Southern Alliance for Clean Energy in June 2017. As Solar Program Director, Bryan leads activities to promote solar power across the Southeast. These activities range from conducting…
My Profile
FacebookInstagramTwitter

A decision in the Georgia Power rate case last week failed to provide age-appropriate policy and will ensure Georgia remains a bottom-10 state for rooftop solar.