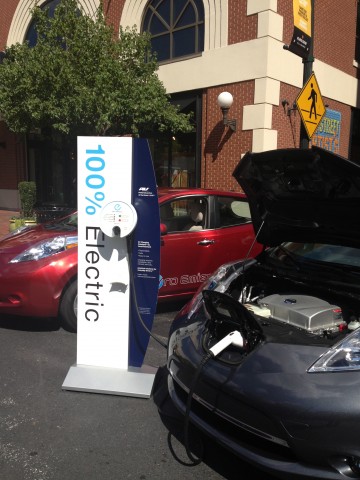 Nearly 11 months after convening, the North Carolina General Assembly’s 2019 legislative session finally wrapped up. During this marathon session, lawmakers addressed a wide array of issues and policy proposals, and those specifically focusing on electric vehicles (EVs) in the Old North State were something of a mixed bag.

Only one of the EV-supporting proposals became law: HB 329 enables charging stations to resell kilowatt-hours of energy directly to drivers so they can be billed for the energy consumed instead of for the time spent at a vehicle charger. The law doesn’t require stations to charge customers for use, but supporters hope it will spur private investment in EV charging infrastructure, helping to open the market here in North Carolina and beyond. With this newly-passed law, North Carolina joins 23 other states and the District of Columbia which already allow per-kilowatt-hour sales from charging stations.

Another EV-friendly policy hit a stop sign over the summer: SB 511 sought to fine drivers $100 for blocking access to electric vehicle charging stations. Although it gained bipartisan support in the General Assembly, it stalled before becoming law.

On the other hand, clean transportation advocates across the state breathed a sigh of relief when a proposal seeking to raise annual registration fees for clean vehicles broke down completely. SB 446 was a misguided attempt to double the annual EV registration fee and establish a new annual registration fee for plug-in hybrid electric vehicles. The bill’s supporters argued that these higher fees were necessary because EVs use the roads but don’t pay gasoline taxes. However, a recent study by the N.C. Clean Energy Technology Center puts the breaks on that claim. The study estimates that North Carolina’s currently registered EVs would avoid paying approximately $1.1 million in gas taxes in 2019, which works out to about $100 per vehicle. By these estimates, EV drivers are paying more than their fair share with the $130 annual registration fee that’s already on the books. Furthermore, EVs generate no tailpipe emissions, which improves public and environmental health, providing additional, shared benefits. 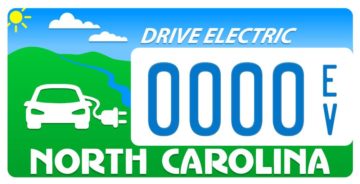 There’s little doubt we’ll see more attempts by this legislature (and perhaps others in the Southeast) to hike registration fees or impose new taxes on EVs. In large part, this is due to the fact that state highway funds are declining nationally due to increased fuel efficiency of all vehicles, which leads to reduced fuel taxes collected across the board. This is an issue that SACE will continue to track in the new year in order to keep our membership informed.

Speaking of the New Year, in February EV advocates hope to present this license plate design for approval by the NC Department of Motor Vehicles and the NC General Assembly in order to increase awareness and support of electric vehicles! For the license plate to be considered, at least 500 applications paid in advance must be received by February 1, 2020. If enough applications aren’t gathered or if the design isn’t approved, applicants will get a full refund of the fees which start as low as $10. You can learn more about the proposed license plate and complete your application here. Please help us spread the word on Twitter or Facebook today!