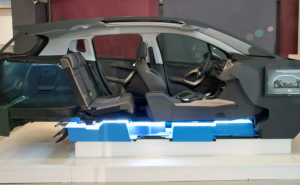 Groupe PSA, a French automaker, says it will offer 15 electrified versions of all of its new cars designed as of 2019 and may offer them in the U.S.

Infrastructure
The article What Happens To Used Electric Car Batteries? Renault Plans Huge Energy Storage System explains how automaker Renault, who sells their electric cars but leases their cars’ batteries and has access to hundreds of old EV batteries, will use them to feed the public power grid. The energy storage, the largest of its kind, will have a capacity of 60 MWh.

Electrify America’s network of fast-charging stations will be accessible by drivers who drive Lucid electric cars once the automaker’s vehicles arrive in the U.S. after 2020, and the charging network may partner with other automakers in the future. Read more here: Lucid Owners Will Get Access to Electrify America’s Chargers, Another Jab At Tesla.

Policy
U.S. Senator Jeff Merkley of Oregon has co-sponsored the bill, the Electric Cars Act of 2018, which would extend the electric car credit for 10 years. “It’s crazy that we might allow the electric vehicle tax credit to run out just as the American EV market is starting to gain a foothold,” he said. “Every day, we see the effects of climate chaos all around us—record-setting droughts, out-of-control wildfires, destructive mega-storms, and spreading insects and ocean acidification. Market-based incentives that help EVs compete with gas-powered cars are not only good for our economy, they’re essential to our future.”

Report: EV Adoption Could Eventually Save Minnesotans Billions. We included the recent report in last month’s newsletter, however, we feel it’s worth taking another look. This article sums up the report that Minnesota’s net benefits statewide, for all, not just EV owners, could range from $4.6 billion to more than $30 billion depending on the level of plug-in electric vehicle adoption. This kind of policy has implications for the South as well and is worth re-examining.