Electric Vehicles
Volkswagen appears to have concrete plans to back-up their announcement last week of 10 million EVs. They laid out details of the Modular Electric Toolkit/MEB platform, which will be the base for their electric fleet among other aspects of how they plan to turn out high production numbers of EVs. Read on, here. 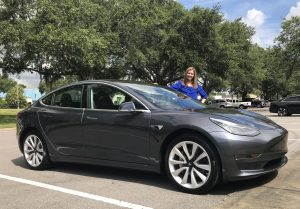 The article It Costs Less To Fuel An Electric Car, And Why compares fuel costs between gasoline and electricity and demonstrates why it’s much cheaper to fuel an EV.

In Michigan, Consumers Energy is making commitments to accelerate electric vehicle adoption by offering time-of-use rates, rebates for home chargers, and increasing the number of EVs in their fleet. They are also setting goals to clean the electricity grid that powers electric cars by retiring seven coal plants.

Policy
The Broward County Commission voted unanimously to join the Under2 Coalition which is consistent with their current carbon emission reduction goals. The County’s goals to electrify will affect approximately 350 transit buses and 2,300 fleet vehicles of all types. Broward County Mayor Beam Furr explains the necessity for action now, “As a low-lying community in a region exposed to extreme weather events which already experiences direct effects from sea level rise, we have much to lose if humankind does not begin reducing greenhouse gas emissions. However, we have much to gain by joining the Under2 Coalition: a goal toward which to strive, strength in numbers, and the exchange of knowledge and best practices with some of the most innovative governments in the world.”