This op-ed, co-written by Memphis resident Pearl Eva Walker, who works on the Memphis Has the Power campaign, and SACE Executive Director Dr. Stephen A. Smith originally appeared in Commercial Appeal on September 25, 2020.

[Editorial note, Oct. 6, 2020: Memphis City Council voted 8-5 to reject MLGW’s RFP contract this afternoon. What comes next is that Councilmember Jeff Warren moved to arrange a joint meeting between City Council and the MLGW Board to discuss next steps.]

The COVID-19 pandemic has devastated Memphis and taken a tragic toll on our community. More than 30,000 Shelby County residents have been sickened by the virus and nearly 450 people have died. Over 80,000 residents of the Memphis metro area are unemployed, bringing the jobless rate here to its highest level, 13%, in over 80 years. To say the least, Memphis residents and businesses are hurting financially.

But in this sea of darkness, there is a ray of light and a way to directly save the City of Memphis millions of dollars and lower utility bills for residents. If managed strategically, the savings could also lead to an opportunity to create economic development and to invest in energy efficiency programs that will, in turn, generate additional savings for generations to come. It’s a win-win-win triple play opportunity for Memphis.

At a meeting on September 24, the MLGW Board of Commissioners approved hiring GDS Associates to lead a Request For Proposals (RFP) process to essentially “shop around” for a new source of power that would be less expensive than the long term contract the City has had with Tennessee Valley Authority (TVA). But before the research and bidding can officially begin, the Memphis City Council must first vote to approve moving forward with the RFP process at their meeting on October 6. Voting “yes” opens the door for MLGW and the City of Memphis to break free from TVA and save customers money, create local jobs, and dramatically reduce the environmental impact of power generation for Memphians.

The first is the outright savings of hundreds of millions of dollars annually if MLGW were to terminate its outdated contract with TVA and acquire power from an alternative, more affordable, supply.

The second win is an estimated nearly $3 billion investment in local economic development and jobs that alternative, locally-controlled infrastructures could create.

The third win plays out if the City Council and MLGW commit to investing at least 10% of the overall savings in energy efficiency programs, which would ease the energy burdens and lower the utility bills of so many Memphians who are struggling to make ends meet. Plus, a commitment to invest just 10% in energy efficiency programs will also reduce the need for MLGW to purchase, build, or procure power from additional power plants.

Why The Time Is Now

In considering this triple-play opportunity for savings that would come from MLGW sourcing its power from an alternative supply, we must remember that Memphis residents are paying the highest percentage of household income for their energy of any major metro area in the country, and now unprecedented tough economic times with widespread job loss are making it even harder for folks to pay their utility bills. The COVID crisis has exacerbated economic and racial disparities, with experts noting that African American communities and communities of color are hit hardest by the pandemic. Because energy affects so many areas of our lives, energy equity is among the top human rights issues of the 21st century.

Given this reality, it is now more imperative than ever that MLGW and the City take advantage of the chance to reduce the cost of electricity for Memphis households by hundreds of millions of dollars by shopping around for a new power supply. This option, to change to a new low-cost energy supply, has been laboriously studied by MLGW over the year-long IRP process.

Based on the evidence found in the IRP process, we first urge Memphis City Council to vote yes on October 6 to approve the MLGW board’s proposal to move forward with the RFP bidding process and allow Memphians to see just how much money could be saved by switching to an alternate supply.

Secondly, we urge City Council and MLGW to commit at least 10% of the savings to investing in cost-saving energy efficiency programs that will ease the energy burdens of many Memphians with low incomes while also reducing the need for MLGW to purchase, build, or procure power from additional power plants.

Tens of thousands of Memphians are out of work, aren’t making enough to make ends meet, and are struggling to pay the bills. These Memphians need some relief. Today, during these unprecedented times, cashing in on the opportunity of saving hundreds of millions of dollars per year by getting cheaper, cleaner, and safer power is beyond debate. In the recession we now face, the people of Memphis simply cannot afford to waste that kind of money, especially when they have been asked to pay so much for so long already. Indeed, for every month that Memphis continues to buy expensive power from TVA, Memphians are overspending by $10 million or more.

It is an absolute duty to the people of Memphis that we do whatever it takes to ensure an affordable, equitable, and clean energy future for all Memphians.

With the magnitude of benefits and savings for Memphians, the decision to switch to a new power supply may well be among the most monumental actions that city leaders will take in the course of the 21st Century, and which will impact us, our children, and our children’s children. 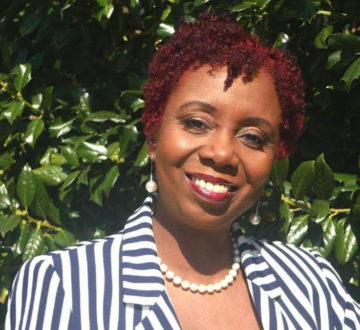 Pearl Eva Walker is a Memphis resident who works on the Memphis Has the Power campaign, an initiative of the Southern Alliance for Clean Energy.

Dr. Stephen A. Smith is the Executive Director of the Southern Alliance for Clean Energy.

On Monday, January 11, 2021, several LPCs filed a FPA complaint at FERC against TVA. Here we'll breakdown the alphabet soup and explain why this has the potential to fundamentally change the…

2020 Electric Transportation Review: Highlights and Winners from the Southeast

2020 saw a number of electric transportation economic development highlights across the Southeast, producing some winning utility engagements and state actions.

Latest round of monitoring construction of nuclear units at Plant Vogtle spotlights a decade of inaccuracies in Commission filings.