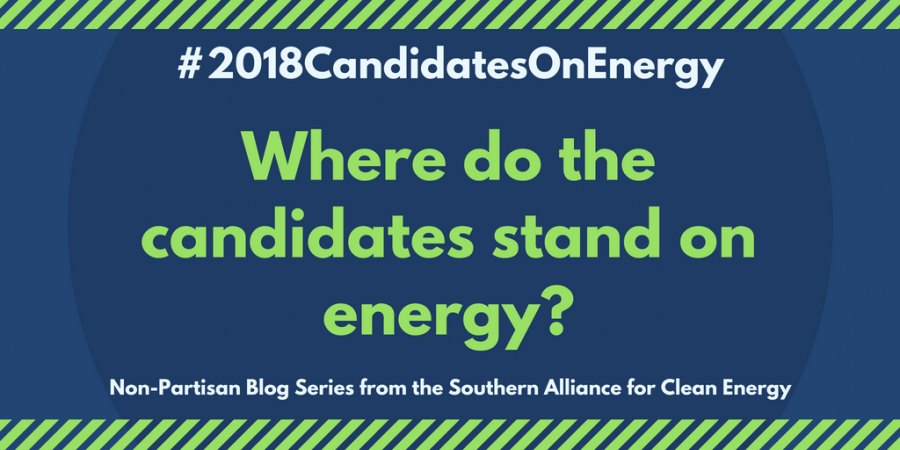 This post is the seventeenth in a series of blogs examining where the 2018 candidates for state and federal offices in the Southeast stand on key energy and climate issues. To read the candidate profile for Florida Republican Nominee for U.S. Senate, Rick Scott, click here.

Note: The Southern Alliance for Clean Energy does not support or oppose candidates or political parties. Links to reports, candidate websites and outside sources are provided as citizen education tools. 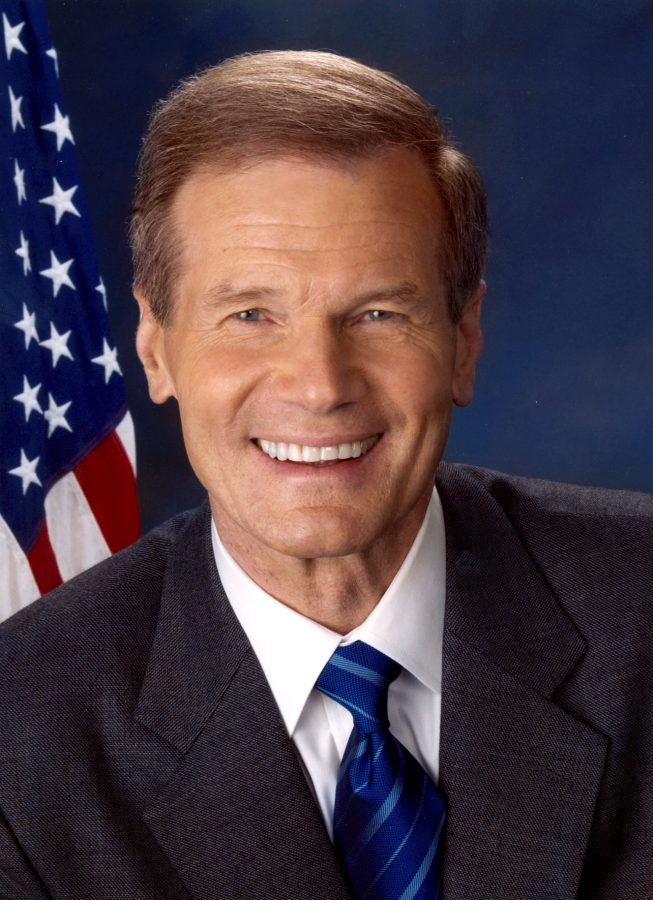 Bill Nelson is the Democratic nominee for the U.S. Senate from Florida. He has served in that position since 2000. Nelson is a fifth-generation Floridian and was a Captain in the US Army. Previously, Nelson served in the U.S. House of Representatives and as Treasurer and Insurance Commissioner for Florida. Prior to serving in the U.S. Senate, Nelson was an astronaut, flying on the Columbia Space Shuttle.

Nelson has stated in filing a bill to allow greater access to financing for solar power that “Florida is the nation’s Sunshine State but ranks twelfth when it comes to solar production.” He added: “That needs to change. This bill will make it easier for homeowners to invest in their own solar installations while, at the same time, making it easier for larger renewable energy companies to access the capital they need to expand and create more jobs in Florida.” According to his website, the bill could further expand the solar industry in Florida by allowing banks to invest heavily in the renewable energy sector, a financial move that is currently banned under Federal Deposit Insurance Corporation regulation.

There were provisions in climate action bills, supported by Senator Nelson (noted below), that encouraged using funds to promote more efficient use of energy among energy consumers, encouraging more efficient buildings, the manufacture of high-efficiency products, and providing low-income weatherization assistance.

Senator Nelson opposes President Trump’s plan to expand offshore oil drilling along the coastal U.S. and stated earlier this year on social media that “[t]his plan is an assault on Florida’s economy, our national security, the will of the public, and the environment. This proposal defies all common sense, and I will do everything I can to defeat it.” After the Trump leasing plan was announced, it was reported on Nelson’s website that he put three Department of Interior nominees on hold over the plan. Nelson additionally has stated that “I can tell you as long as I’m in office, that’s not going to happen,” adding that “[t]here are no oil rigs off Florida’s coast, and as long as I’m around there will not be. We’ve been at this battle now three decades, ever since I was a congressman.”

In 2006, Senator Nelson helped to initiate bipartisan legislation, the Gulf of Mexico Energy Security Act, that put in place a moratorium on oil and gas activities off Florida’s Gulf Coast until 2022. His website states additionally that he seeks “to extend the moratorium and calling for greater protections for our entire coastline, including our beaches and local economies along the Gulf and Atlantic Coast.”

Senator Nelson has stated on social media that “[c]limate change is real, and we must take action to protect ourselves. Denial of this scientific reality is simply not an option, especially in Florida.”

The solution he states on his website is that we’re going to have to stop putting so much greenhouse gas pollution into the air and that carbon dioxide and methane are the two big culprits. He says that part of the solution is climate mitigation. He states that “[i]t means we must invest in new technology in the economy of the future, things like wind, solar, electric vehicles and more-efficient buildings.” He adds that adaptation will also play a role: “We’re talking about strengthening our building codes to withstand wind events. We’re talking about restoring the function of the floodplains so that when two to three feet of rainwater suddenly gets dumped in one place, it can absorb and gradually recede. We’re talking about rebuilding natural flood protection, like sand dunes and beaches.”

Nelson has co-sponsored legislation, such as the McCain-Lieberman 2003 Climate Stewardship Act and the Lieberman-Warner Climate Security Act of 2007, which aimed to reduce national greenhouse gas emissions through a market-based system.

We could not find any mention of nuclear power in Senator Nelson’s campaign materials or publicly available information.

We encourage you to vote this November. Click here for voting resources provided by the Florida Division of Elections or click here to register online and request a vote-by-mail ballot.

This blog was also co-authored by Kelsey Grentzer, former Florida Communications Coordinator at the Southern Alliance for Clean Energy.

NextEra has proposed an ambitious decarbonization goal and it could mean big changes for Florida Power & Light. The plan includes a massive increase in utility scale solar development and heavy reliance…

Conversations between federal and local officials offer a welcomed opportunity to identify what is being done and what is needed to support an efficient, equitable and effective outlay of federal bipartisan infrastructure…