Want to know the best-kept secret in Florida about one of the biggest barriers holding back meaningful solar development? It’s not the lack of sunshine – Florida has best solar resource east of the Mississippi. So, what is it you ask? Taxes – really burdensome taxes whose impact drives up the cost of solar power. The Sunshine State should not be taxing the sun.

Taxes are big reason that Florida – a state with no solar incentives – has 9 million energy customers and yet has less than 12,000 rooftop solar systems. By comparison, New Jersey has over 43,000 rooftop systems with half the population and less sun. 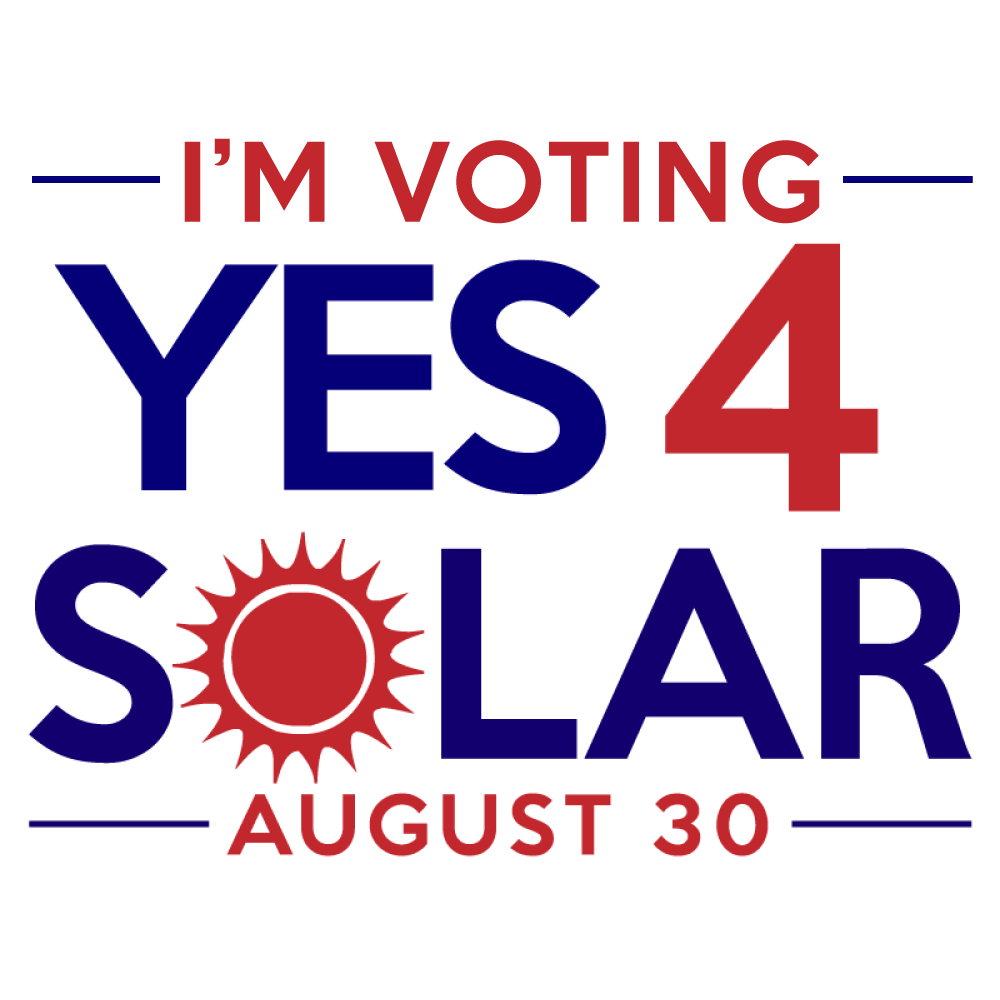 Florida voters will have an opportunity to change that by significantly lowering solar energy costs on August 30th – simply by voting YES on Amendment 4. The proposed amendment, if passed, will exempt solar systems from the tangible personal property tax – the most burdensome of the taxes – for a period of 20 years. For you tax wonks, we’ll dig into the details of the tax in a moment.

A YES vote on Amendment 4 lowers solar energy costs by lowering taxes on solar installations – because the tangible personal property tax is passed on to customers in the form of increased solar power prices of up to 5 cents per kilowatt hour (kWh). That’s a big deal in Florida where a couple cents can make or break the economics of going solar. Better solar economics means more solar development, which lays the groundwork for cleaner air and a more sustainable future for the next generation.

The title and summary of the amendment below can sound complicated, but the concept is simple: lower taxes = lower solar energy costs.

Title and text of Amendment 4 as it will appear on the ballot:

What you need to know:

Of course there are other policies that are important for strong solar power development in Florida. This includes protecting the state’s net metering policy, and opening up the state’s energy marketplace to solar third party sales. But the Amendment 4 tax exemption for solar power is the most immediate action voters can take to jump-start solar development in the Sunshine State.

Voting is easy in Florida: votes can be cast by mail, during early voting, or by voting in person on August 30th.