2015 was a watershed year for our work on coal ash. It’s been over seven years since the catastrophic coal ash spill in Kingston, TN and nearly two years since the spill along the Dan River in NC. Both events brought the inherent dangers of improper storage and handling of coal ash into the public eye.

In response, SACE, along with advocates and communities across the southeast, pressured state and federal agencies to protect public health and the environment by requiring utilities to properly handle and store coal ash for the first time in U.S. history. Thanks to historic fines levied against Duke for its improper storage of coal ash at Dan River and two new rules from EPA, we may be headed toward a future where utilities finally clean up their coal ash mess. 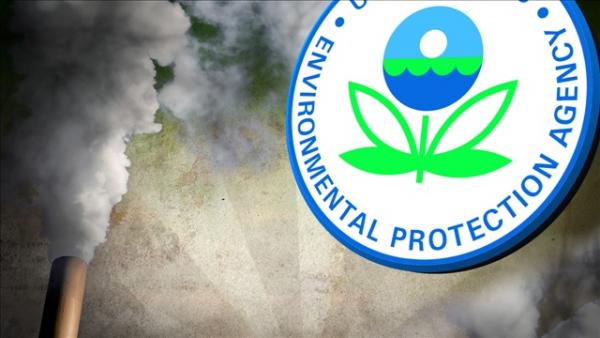 On April 17, 2015, the Environmental Protection Agency’s (EPA) Coal Combustion Residuals (CCR) rule, a.k.a. the coal ash rule, was published in the Federal Register. EPA declined to classify coal ash as “hazardous” in the rule, meaning that states are not required to implement the rule and EPA cannot enforce it. This leaves enforcement to the utilities themselves and the states, with citizen lawsuits as a last resort. Despite this missed opportunity to more strongly protect public health and the environment, the coal ash rule places some potentially powerful requirements on utilities.

The new rule establishes groundwater monitoring requirements for many coal ash pits (also known as ponds and called “impoundments” in the rule) and landfill sites. The rule requires closure of unlined coal ash pits if they exceed certain pollution limits, and requires all ponds at active power plants to meet safety and location requirements or face closure. This aspect of the rule could protect sensitive wetlands and aquifers from coal ash pollution and protect communities from the dangers of siting coal ash pits in unstable areas prone to sinkholes. Many of the rule’s requirements are strong when triggered and could lead to the eventual closure of some of the worst and most dangerous coal ash containment sites. Many of the reporting requirements in the rule will eventually be accessible via public websites.

Already, the CCR rule has come under threat from Congress, but thanks to SACE members and our allies across the U.S., the Obama Administration threatened to veto a House bill that would have undermined the rule. We’re keeping our eyes peeled for future threats.

Despite weaknesses in EPA’s regulatory approach, the CCR rule is a huge step forward for the southeast. Our region has the highest concentration of coal ash pond sites for any region in the nation (40% of the nation’s coal ash is located here). We now have a potentially powerful set of requirements that could move utilities to clean up the massive mess in our region. And there are also positive signs that utilities will be held accountable for failing to address coal ash risks.

2) Duke was hit with big fines for coal ash pollution

On May 14, 2015, Duke Energy pled guilty to 9 criminal misdemeanor violations of the Clean Water Act. The charges stemmed from a widened investigation, after the Dan River disaster, that found violations at Duke-owned facilities in Buncombe, Chatham, Wayne, and Gaston Counties in North Carolina. Duke negotiated a plea bargain that included $68 million in fines and restitution and $34 million for community service and mitigation projects. Duke’s fine, totaling over $102 million, is the largest criminal fine at the federal level in NC history. In addition to this historic fine, Duke will be on probation for five years and will report its coal ash compliance in five states to federal parole officers.

The federal investigation had been ongoing since February 2014 when one of Duke Energy’s coal ash pits dumped nearly 39,000 tons of coal ash and 24 million gallons of wastewater into the Dan River near Eden, North Carolina. Four of the federal misdemeanor charges were specifically for the Dan River coal ash disaster. Court documents revealed that Duke employees at the Dan River plant requested equipment to inspect the pipe that later ruptured causing the massive spill, but Duke Energy denied the request twice.

This fine represents a huge step forward. Other utilities are likely concerned that they too could face large penalties for failing to properly store, handle, and clean up coal ash.

On September 30, 2015, EPA released the long-awaited Steam Electric Power Generating Effluent Guidelines designed to limit toxic, liquid discharges from power plants into rivers and waterways across the U.S. Coal-burning power plants are the largest source of toxic water pollution in the country. For decades these plants have had a “free pass” to dump toxic wastewater, primarily from coal ash, into our rivers, lakes, and bays.

Power plant operators will be required to handle ash without mixing it with water and dumping it into wet pits (impoundments). This dry handling will be required for both fly and bottom coal ash, which is an important step in the right direction and could reduce the serious risks that coal ash poses to both human health and the health of rivers and waterways in the southeast.

SACE, Waterkeeper Alliance, Savannah Riverkeeper (GA), Black Warrior Riverkeeper (AL), and Apalachicola Riverkeeper (FL) met with the Office of Management and Budget, to discuss our concerns with EPA’s draft of this rule during the summer. We’re pleased to see that our advocacy and the hard work of advocates across the U.S. paid off in a strong rule.

The CCR rule, ELG rule, and historic fines levied at Duke are all huge steps forward for the southeast and our ongoing efforts to clean up the toxic legacy of coal ash and move toward a renewable energy future. Already, Alabama Power and Georgia Power have announced plans to address their coal ash pits because of the ELG and CCR rules, and the Tennessee Valley Authority (TVA) has been ordered by the Tennessee Department of Environment and Conservation to study and potentially clean up its coal ash mess. We hope that these utilities will take public health and the health of our environment very seriously by beginning and continuing cleanup of their toxic coal ash as aggressively as possible in 2016.

As more and more of the true financial, health, and environmental costs of pollution from burning coal are factored in, we also hope utilities in our region will recognize that renewable energy and energy efficiency are the smart and economical path forward.